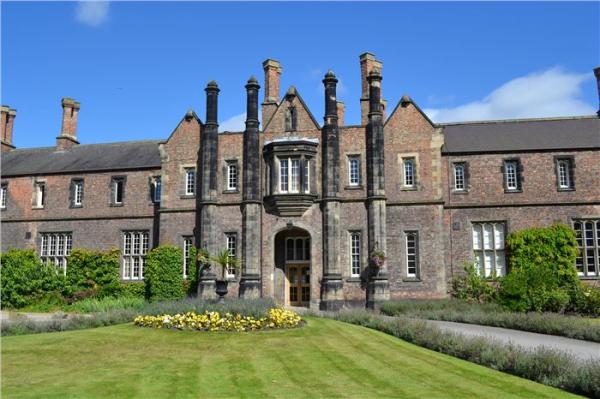 The latest financial performance by Sodexo with consolidated revenues of over 15 billion euro for the first nine months of Fiscal 2015 have seen an increase of nearly 10%.

While continental Europe showed a mixed performance, the UK put in a strong performance for the group.

The report shows that foodservices volumes declined in continental Europe, most notably in France, Italy, the Netherlands and Finland and revenues were also adversely affected by Sodexo's withdrawal from certain contracts as part of the September 2012-February 2014 programme to improve operational efficiency and reduce costs.

There was also a decline of 3.3% in Healthcare and Seniors revenues mainly due to lower client retention rates, especially in France and limited business development in recent quarters.

In Education, the 3.1% revenue decline was mainly attributable to Sodexo's decision in fiscal 2014 not to renew certain major contracts in several countries, including Italy, due to reductions in school budgets in those countries.

However, the UK and Ireland offered some genuine progress in the period.

Revenues in the UK and Ireland for the first nine months totalled £1.3 billion, an increase of nearly 20%. ‘Organic’ growth for the period was 10%. Corporate segment revenue growth accelerated sharply to 10.3%. This performance was attributable to the provision of non-recurring services with a high FM component to clients such as GSK, Rexam, Carlsberg and Zurich. It also reflected the commencement of a contract awarded to Sodexo in six regions under the UK government's Transforming Rehabilitation programme to help prepare prison inmates for a successful return to mainstream society.

Recent contracts won included one with Diageo which had chosen Sodexo to provide Quality of Life services on 76 sites in the UK and Ireland.

In Healthcare and Seniors, organic growth accelerated to 11.9% due to the expansion of several contracts and services provided to several hospitals, e.g. the five in London operated by Imperial College Healthcare.

In Education, the 3.9% growth in revenues for the first nine months was due measure to the contract with the prestigious University College London won in fiscal 2014.

“Despite a more challenging economic environment in Latin America and certain European countries, Sodexo's growth in the past three months was in line with the first half of the year,” stated Michel Landel, CEO Sodexo. “For fiscal 2015, we confirm our full-year objective of around 10% growth in operating profit excluding the currency effect.”

Sodexo, has been awarded a £1.3m a year contract to provide catering and hospitality services at York St John University. The three-year deal, which has an option to extend for a further two years, begins in August and will see Sodexo provide catering to 6,500 students across six outlets. Services will include the university’s main dining facility, a range of cafes and a casual dining concept within the Students’ Union that will be open for extended hours.

Picture: Founded as an education establishment with Church of England traditions in 1841, York St John University’s campus in the centre of York has undergone a £100m transformation over the past ten years. As part of its contract, Sodexo will commit to developing some of the university’s existing catering facilities

Croydon opportunities The Edinburgh based company, Arthur McKay, has strengthened its presence in south-east England following the winning of a five-year contract with...

Having broken the Carillion story last week, ThisWeekinFM is now offering technical updates only - including guides to what the government, the Insolvency Service and the...