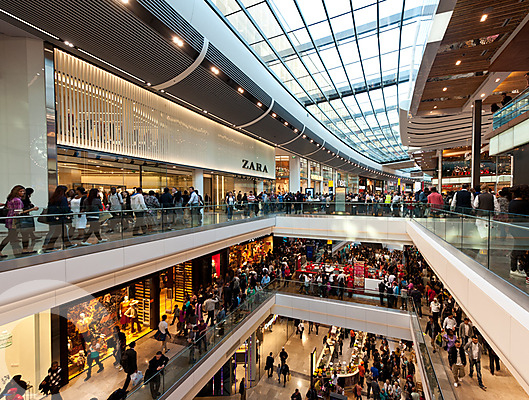 A video was released over the last weekend by the Somali extremist Islamic group al-Shabaab urging attacks on five shopping complexes.

The video which is 77 minutes long, targets three shopping malls in the UK, one in the USA and one in Canada – Oxford Street and two Westfild centres in Stratford and Shepherds Bush in London, the Mall of America in Minnesota and Canada’s West Edmonton mall.

Threats from groups like this are bound to bring to mind the attack in Nairobi, Kenya on 12 September 2013, when four al-Shabaab gunmen went on the rampage and killed 67 people and wounded 175. The failure of security forces to respond quickly to this particular atrocity and the vulnerability of such huge retail outlets to terrorist targeting, has been a concern ever since. See are article on Major Incident Planning Here

In the video, a man states: “We call upon our Muslim brothers, particularly those in the West, to answer the call of Allah and target the disbelievers wherever they are…” but the five malls are named specifically. The man had what is reported to be by the BBC website a ‘British-sounding accent’ and called upon the attacks to be launched on 'American or Jewish-owned' Western shopping centres.

Jeh Johnson, US Homeland Security Secretary, urged this should not stop people visiting the malls.

“Westfield Corporation’s policy is to not publicly discuss security procedures, however our heads of security in the US and UK continue to coordinate their activities with police and government agencies. As usual significant resources continue to be devoted to security arrangements in our shopping centres and they continue to operate as normal.”

A spokesperson for the Metropolitan Police told TWinFM: “We are aware of the video and assessing its contents. “We remind the public that downloading extremist material may constitute an offence.” No further comments are forthcoming from the police at the time of going to press.

Picture: The Westfield shopping mall in Stratford, one of the targets that al-Shabaab urges should be attacked.

Whilst our attention has understandably been focussed on Islamic State and events in the Mesopotamian Basin, and indeed Europe, for the past few months, we should...

At the start of the week, ThisWeekinFM asked for comment on the events of Friday 13 in Paris (and Beirut the previous day). Read here what others have to say and join the...