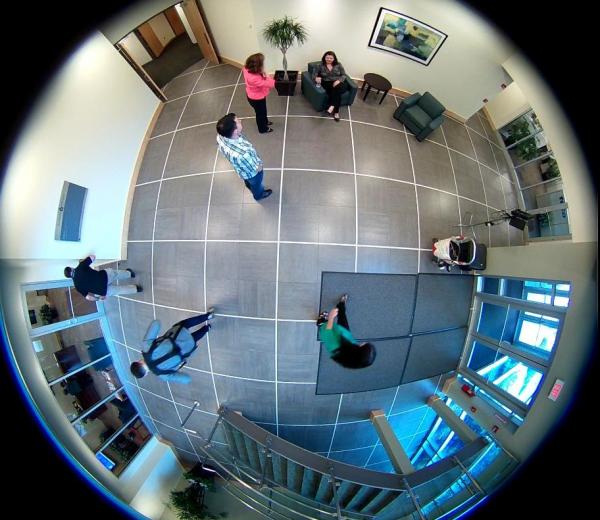 Tyco has launched the new Illustra 825 Fisheye Camera, designed for retail environments and other public areas.

The camera provides a 180° panoramic view when mounted on a wall, or a 360° bird’s eye view from the ceiling. It is said to enable applications such as retail stores to be properly safeguarded with an ultra-wide field of view, in real-time.

The camera has electronic Pan-Tilt-Zoom (ePTZ) capabilities for what is reported to be ‘ultra-smooth transition’. The benefits of ePTZ technology are that there are no moving parts, so the motor will not deteriorate and require maintenance. However, it still enables users to digitally zoom and navigate the camera’s viewable area using advanced software.

Its on-board de-warping technology provides distortion corrected video streaming of 180°, 360° panoramic 16:9 or active 4:3 views and is equipped with a 5 mega-pixel camera for high quality images.

Picture: The Illustra 825 Fisheye Camera, designed for retail environments and other public areas.