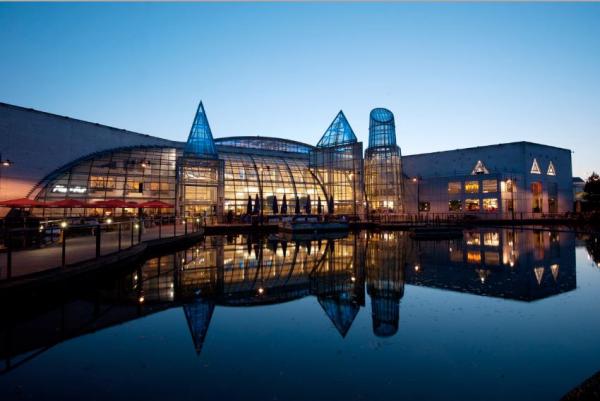 Sodexo has been successful in gaining a place on all three lots of the new four-year central government Facilities Management Services Framework Agreement which replaces the old agreement that had been in place since July 2010.

Organisations were invited to submit tenders by the Crown Commercial Service in September 2014 in three lots: Total Facilities Management, Hard Services and Soft Services. In total 64 companies submitted tenders across the three lots. Sodexo is one of only three service providers to have been awarded a Framework Agreement in each area.

The new Framework is designed to deliver a standardisation and simplification of the procurement process, efficiencies that will drive cost reductions, enhanced performance for the service consumers, improved transparency and better management information.

The government will mandate that most UK central government departments, executive agencies and non-departmental public bodies purchase services from the sector using this Agreement, with other devolved administrations and public sector organisations also having the option to use them.

Debbie White, CEO of Sodexo UK&I said; “This was a tough and robust process, with significant market engagement, which required us to demonstrate our commercial and technical capability as an integrated FM provider."

In the last few years Sodexo UK&I has won some substantial government contracts, particularly in justice and healthcare. In February 2015 Sodexo took over six of the Ministry of Justice’s Transforming Rehabilitation probation service contracts, and in November 2014 the company announced a new five-year contract with Imperial College Healthcare NHS Trust in London.

'Housewives' favourite' fashion and homeware retailer, Matalan, has extended its contract with Cordant Security for a further two years. It follows a six year partnership and a drive to reduce theft and create a safe working and shopping environment.

Under the terms of the deal, Cordant will continue to provide security support for Matalan’s UK network of stores. This includes delivering manned guarding, CCTV monitoring, front of house services and overnight patrols in some key areas. In addition Cordant will continue to work closely with the Matalan risk team, advising on major events such as store openings and the Boxing Day sales where crowd management can be a key issue. This follows the successful opening of its Oxford Street flagship store earlier this year which attracted queues of hundreds.

As part of the extended contract, Cordant Security will also be responsible for Matalan’s new head quarters in Knowsley and its four national distribution centres. A dedicated contract team will manage all aspects of the operations.

Michael Chambers, Matalan’s Head of Business Risk, said: “This cost effective solution will help Matalan meet its loss agenda.” Lee Clark, Profit Protection Manager at Matalan, said: “Cordant’s expertise and experience in managing large events has proved valuable and we will continue to work closely with the team to assess all risk elements.”

Land Securities has given the Incentive FM Group a three year contract to provide the full range of FM services at the massive Bluewater shopping centre just off the M25 in Kent.

The agreement, which can be extended for a further three years, represents the group’s biggest and most significant new business win to date.

Incentive has worked with Bluewater's owners and centre management teams since 1998, a year before Bluewater opened its doors to the public. During that time, the company provided key consultancy services during two previous tender rounds. Through significant investment and by making key acquisitions, the company now boasts the necessary resources and infrastructure to deliver - despite guarantees that if it were acting as a consultant, Incentive would not ever tender for delivery.

Earlier this week, Incentive confirmed the purchase of Comserve Limited, a mechanical and electrical maintenance and installation services company, in a move to bring M&E services into its portfolio alongside integrated facilities management, security, cleaning and its consultancy business.

Incentive will deploy a team of over 250 to provide engineering maintenance, cleaning, security, grounds maintenance and environmental management.

Bluewater’s General Manager, said: “Facilities management plays a vital role in delivering the 'day-out' experience, from the welcome received from 'hosts' to the range and quality of services provided. Incentive's teams primary focus is ensuring guests enjoy their visit.”

Sodexo has been shortlisted for the Employer of the Year category at the 2015 Lloyds Bank National Business Awards.

An all-encompassing range of industries are represented in the shortlists for this year’s awards, with companies from recruitment and children’s clothing, to pet food and online marketing being selected for the chance to win. The scale of the finalists is just as varied, with companies turning over less than a million pounds to over £25 million, employing 20 people or over 70,000 people.

Tom Broughton, Programme Director of the National Business Awards said: The draw of being involved has seen companies from all kinds of industries submit applications, which have been narrowed down using our scoring system. We are now looking forward to the next step in the judging process and meeting some of the finalists face-to-face.”

Finalists were chosen from the hundreds of businesses that entered or were nominated across 18 award categories. They will now prepare for live presentations to expert judges who will decide the overall winners that will be revealed at the awards ceremony on 10 November.

It's just two weeks until the BIFM Awards finalists are announced. The closing of the nominations in the 'Lifetime Achievement' category on 31 July signalled the end to all entries in the BIFM Awards for 2015.

The judging process began when most entries closed on 22 May and has involved 12 Lead Judges and 45 support judges. This process culminates in the finalists being announced on 17 August across the 11 Awards categories. The winners will be announced on 12 October at the Grosvenor House Hotel, London.

It was a slow week for FM contract stories until news hit that the Trios Group has been awarded a Hard FM and Facilities Helpdesk contract by My Local, the newly formed...