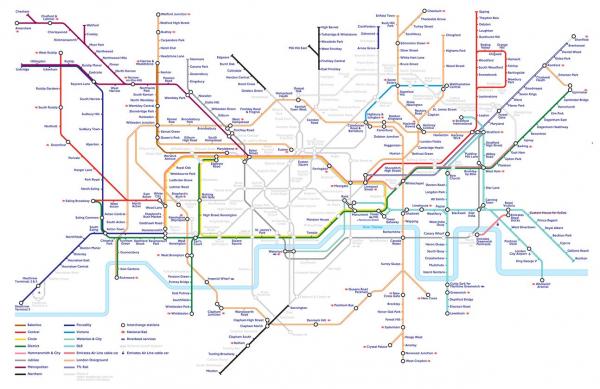 Tube Strikes - When and Where

Travel advice has been issued ahead of a planned RMT Tube strike from 8:00pm on Sunday until around 9:00am on Wednesday

Transport for London (TfL) has advised customers of likely service levels should planned strike action by RMT members who work in Tube stations go ahead.

If the strikes go ahead there will be a significant impact on Tube journeys over the period 8:00pm on Sunday February 5 until around 9:00am Wednesday February 8.

During the strike action, many Tube stations, including most stations in Zone 1, will not open or in some cases, may open or close at short notice. Where possible, TfL will run services between open stations, which will mostly be at the end of Tube lines outside central London.

Customers should check before they travel, allow more time for their journey and avoid the peak times if they can.

It is currently projected that the impact of the strikes will mean:

Stations will begin to close at 8:00pm - customers should complete their Tube journeys by this time.

TfL will use the services it is able to run to get as many people as close to central London as possible. Bus services, particularly those from National Rail stations, will be exceptionally busy, so customers are advised is to complete journeys from these stations by foot if at all possible. Customers less able to walk are advised to use buses and to allow more time for journeys. For information on walking times between Tube stations visit www.tfl.gov.uk/walking.

People should only drive into and through central London if absolutely essential because road journeys will take significantly longer than usual.

Further travel advice and maps indicating the expected levels of service can be found on tfl.gov.uk/tube-strike, while the live update services can be found on Twitter @TfLTravelAlerts, @TfLTrafficNews and @TfLBusAlerts

Picture: The greyed out stations are unlikely to open.

Following two weeks of intensive talks, GTR (Southern Rail) and the train drivers' union, ASLEF, have reached an agreement - resolving the current dispute, subject to securing the support of ASLEF members via a ballot. At this time, no further industrial action is planned by ASLEF - but the RMT (representing train guards) still intend to strike as the union was not involved in the discussions brokered by the TUC.

The negotiations were jointly chaired by Frances O’Grady, the TUC General Secretary, and Andy Meadows, HR Director of Abellio UK. O’Grady and Meadows agreed a statement as follows: 'The negotiators from both sides have worked hard and co-operatively to achieve this breakthrough. This long-running dispute has clearly been extraordinarily difficult for both staff and passengers and we are glad that the parties have reached agreement on a way forward'.

O’Grady added: “I welcome the decision of ASLEF to consult its members on the new offer that has now been made by GTR Southern." Meanwhile, Mick Whelan, General Secretary of ASLEF, said: “I am pleased that we have finally been able to reach an agreement with the company which reflects the concerns of train drivers. I believe this deal can deliver a safer and appropriately staffed railway for passengers on Southern rail and I will be recommending it to ASLEF members.”

Nick Brown, GTR’s Chief Operating Officer, said: “It's good news for passengers, the regional economy and staff. After the misery and disruption to people's work and family lives, we are pleased we can start to move forward and deliver a better railway for the travelling public.”

The agreement will be put to ASLEF members in Southern rail in a referendum, with a recommendation to approve. The result of the referendum will be on 16 February 2017.

RMT General Secretary Mick Cash said: “RMT was not party to the talks brokered by the TUC with GTR. As a result of that we have no details whatsoever on any deal that has been agreed by the parties. RMT’s dispute remains on.

"Once we have the full details of the deal and an assurance that the terms of reference of those talks will focus on the retention of a second safety-critical member of staff on Southern services, we can agree an immediate date for negotiations to commence.”

Picture: The misery is over on Southern Rail for now - but it will be a grey start to the week on the Tube