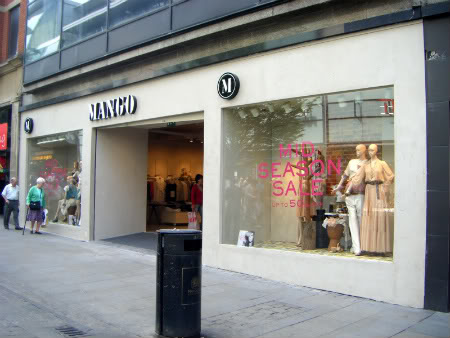 An international construction business has been sentenced after admitting multiple safety issues at a Manchester site where it was carrying out a shop refurbishment.

Although Betcat International is based in Seville, Spain, it has offices in locations around Europe, including London and was hired by high street clothing chain, Mango, to carry out refurbishment and alteration works at its store on Market Street, Manchester.

The project involved the full refurbishment of the multi-storey retail unit, including structural alterations to facilitate the installation of two new staircases, the installation of a lift shaft and the removal and infilling of an existing stairway. The site manager was employed by Betcat and all of the operatives on site were sub-contractors.

On 29 July 2014, a HSE inspector visited the site to investigate safety concerns raised by a member of the public and to carry out an inspection of the construction works. A number of issues were identified during the visit, including:

The HSE inspectors served six Prohibition Notices and two Improvement Notices, along with a Notification of Contravention. Trafford Magistrates’ Court heard all the issues were satisfactorily addressed by the company following HSE’s intervention.

“Betcat International completely failed in its duty to protect its workers, sub-contractors and visitors to its site from harm,” stated Laura Moran, HSE Inspector, after the verdict. “Given the range of serious breaches identified, it is very fortunate that nobody was injured or even killed while working on this site. I’d therefore like to thank the member of the public who alerted us to the work and may well have prevented a serious injury.”

Picture: The refurbished Mango store in Market Street, Manchester but where the HSE found many failings in safety during refurbishment by the contractor, Spanish owned Betcat International