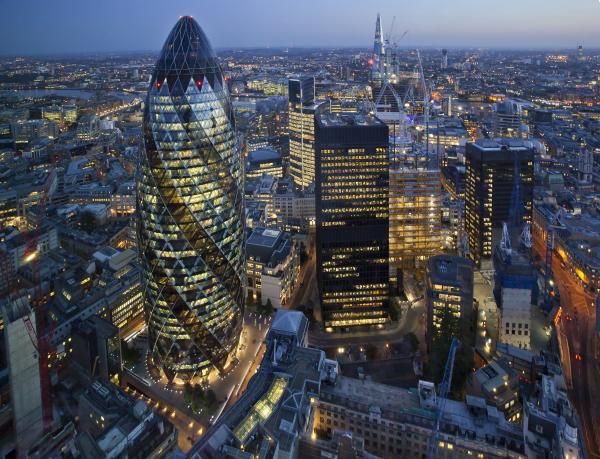 'A significant shortfall in new central London office supply, born out of low levels of speculative development and renewed occupier demand, has led occupiers to pre-let or commit to new office space well ahead of their current lease event (break or expiry) or exit date', speculates JLL.  'As a result, there has been a steady erosion of speculative office supply'. This is according to JLL’s latest occupier research which has identified that a potential 20million sq.ft of new office supply may come to market over the next four years, although only 7.3 million sq.ft (36%) is committed.

As a result of occupier pre-leasing and limited speculative development, JLL forecasts that the market is likely to experience an acute shortage of new, Grade A office space over the next 2-3 years.

Richard Proctor, Head of Central London Tenant Representation, JLL, said: “An improved economic outlook has resulted in a steady recovery of occupier demand for office space, however the challenge now is the lack of supply looking forwards.

“Forward thinking occupiers are reacting now to a market place characterised by limited new supply. This will have a profound impact on the market over the next few years, with important implications for occupiers due to increasing rents and competition for space.

"Occupiers must be proactive. They need to devise a strategy to avoid dealing within the supply pinch point that is approaching but that also has an eye on the implications of double overheads and the potential business risks of committing to a new building several years ahead of its delivery.”

John Duckworth, responsible for JLL Occupier Services on the UK Board, added: “Occupiers with large space requirements are facing limited choice and as a result, are acting early to secure accommodation without compromising on floor plate configuration or location. For the market to be truly balanced we need to see a greater level of speculative development going forwards. Our advice for occupiers is to plan well ahead and take early advice so as not to risk losing out on the property options that best meet their property needs.”

â€˜The real living wageâ€™ has become a topic of debate in facilities management, but not always for the right reasons. Click Image To Read More

The UK Government is offering businesses Â£350 per unit, for the installation of up to 40 workplace charging points. Click Image To Read More