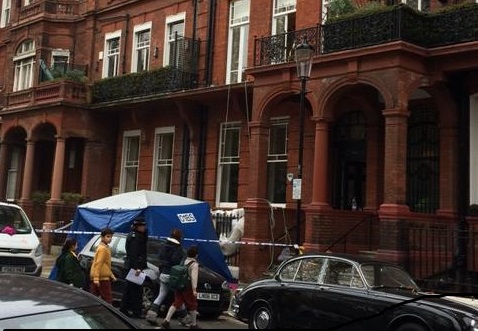 A construction firm has been convicted of the manslaughter of two workers who died after falling from a central London balcony. One of the workers fell on to spiked railings, where he was pinioned.

Martinisation (London) Ltd and Martin Gutaj had denied corporate manslaughter and related health and safety offences but were convicted (on Friday 19) of all charges following a trial at the Central Criminal Court.

The trial heard how Tomasz Procko, 22, and Karol Symanski, 29, fell to their deaths after the railings at a flat in Cadogan Square gave way in November 2014. The men had been attempting to haul a heavy sofa up onto the balcony using ropes with only the Victorian railings for safety.

Nick Vamos, from the CPS, said: "Martinisation Ltd and its director Martin Gutaj showed an appalling disregard for the safety of their employees, with terrible consequences.

"Sadly, this incident was entirely foreseeable and preventable. Neither was it an isolated breach. The evidence put forward by the prosecution clearly demonstrated to the jury how these tragic deaths were part of a pattern of serious neglect of basic health and safety.

"Our thoughts are with the families of Tomasz and Karol."

Sentencing will take place in due course.

Picture: From the story published by ThisWeekinFM in late November, 2014 when the tragedy occurred