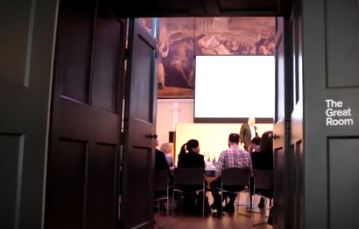 In its fourteenth year, the Quora Smartworking Summits are based on a belief of serving the real corporate world demands for cross-functional decisions for continually improved work performance.

The 2016 programme starts on 15 March with two further summits planned for 8 June and 5 October. The Summits feature well known CEO, CFO, COO, CIO, CHRO, and Group Property Director speakers with debate on the changing nature of work under Chatham House rules. For the first time, the three professional bodies, BIFM, CIPD, and RICS have joined forces behind a single programme – the 2016 Summits.

Sodexo are one of the major sponsors of the events. Declared Neil Murray, Regional Chair and CEO Corporate Service, Sodexo UK and Ireland: “Each event brings together senior executives to discuss and examine issues around workplace from retention and involvement of employees through to workspace planning and the impact of these areas on productivity and therefore the bottom line.”
Mr Murray stated his belief that this was an exciting year for Quora as the Summits have moved venue to accommodate the growing popularity of the events. Summits attract a 250-strong FTSE100/ Fortune 500 C-suite audience for each event and for 2016, they will be held at St. Paul’s 200 Aldersgate.

“We’re absolutely thrilled to have Sodexo join us for our Smartworking Summits,” said Sally Smithson, Director, Quora. “Their focus on delivering services that improve the quality of life are a huge factor in driving productivity in today’s rapidly changing work ecosystems. There is a perfect fit between Sodexo’s capabilities and the aims of our Summits."
Picture: Sodexo has put its sponsorship support behind the Quora Smartworking Summits to be held in London’s Aldersgate