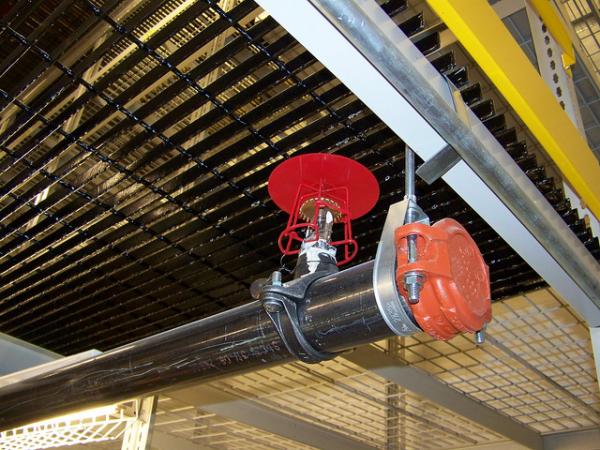 An industrial shredder containing construction waste was completely gutted by the blaze. Around 15 workers left the building before the Fire Brigade arrived. All were uninjured.

Watch Manager Dan Green, who was at the scene said: “The sprinkler system undoubtedly helped contain the fire from spreading further. Firefighters also worked extremely hard to create a water relay from a nearby canal which meant we were able to limit damage and bring this under control quicker.”

A London Fire Brigade spokesperson said: “As well as being potentially life saving devices, sprinklers help with business continuity by minimising disruption and allowing businesses to get back to normal as soon as possible.”

Picture: A sprinkler for illustration purposes only

A fire in a Fitzrovia underground car park was extinguished by sprinklers while commercial burglars shoved a couple of chip fryers under their arms and mad off. The...