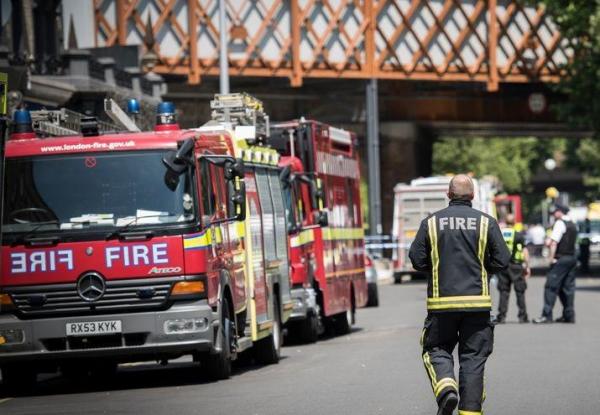 Now is the time for action on sprinklers in residential high-rise buildings and schools, London Fire Commissioner Dany Cotton has warned as the Grenfell Tower Inquiry formally opened on Thursday September 14.

Cotton said: “The tragic fire at Grenfell has thrown fire safety into the spotlight and while we are not pre-empting the findings of the Inquiry, now is the time to remind Government of life-saving recommendations we have been making for years.

“We are calling for residential tower blocks to be retrofitted with sprinklers and they should be mandatory in all new school builds and major refurbishments.

“Sprinklers are the only fire safety system that detects a fire, suppresses a fire and raises the alarm. They save lives  and protect property and they are especially important where there are vulnerable residents who would find it difficult to escape, like those with mobility problems.

As well as calling for sprinklers in residential tower blocks, Cotton said new school builds or refurbishments should have sprinklers fitted.

Fire crews are called to over 80 fires a year in London’s schools and in most cases, sprinklers are not fitted – meaning millions of pounds are wasted repairing fire damage but also water damage from fire crews hoses. Modern sprinklers will only activate near to the flame and much more water is used putting a fire out via a hose than when a sprinkler head activates in a targeted area.

"Last year the Government consulted on removing guidance around incorporating sprinklers into all new school builds and refurbishments," said Cotton. "In the same year, we recommended sprinklers in 184 London schools being refurbished or built, and yet our advice was taken in only four of these cases.

“For years builders, developers, local authorities and private housing providers have ignored the clear benefits of sprinklers. If they are incorporated from the design stage, sprinklers are around 1% of the total build cost.”

“Retrofitting sprinklers in the UK’s aging tower blocks has to be a priority during the Grenfell inquiry and should be at the top of its list of recommendations. We’re already starting to receive many positive requests from owners, occupiers and stakeholders who are keen to understand what sprinklers are, how they can access them and what standard systems should be installed. The actions people are taking following the tragedy at Grenfell Tower are definitely moving in the right direction.

“Regulations already exist to ensure sprinklers are installed in new tower blocks taller than 30 metres but what we really need urgently is action and special measures to retrofit sprinklers into these properties. There are still issues that need resolving, and a solution is available today. Retrofitting sprinklers is cost effective and practical - building managers need to find the right supplier now and take action today.”

The London Resilience Forum was due to meet again on September 14. The forum provides a structure through which local agencies can come together to plan and prepare for incidents and catastrophic emergencies, including terrorist incidents and natural disasters.

The government has published (August 30) the terms of reference for the independent Review of Building Regulations and Fire Safety that was commissioned following the Grenfell Tower fire tragedy.

This Review will assess the effectiveness of current building and fire safety regulations and related compliance and enforcement issues, with a focus on multi occupancy high rise residential buildings. This will include addressing whether the government’s large-scale cladding system testing programme identified any potential systemic failures.

The Review’s 2 key priorities are to develop a more robust regulatory system for the future and provide further assurance to residents that the buildings they live in are safe and remain safe. While the Review will cover the regulatory system for all buildings, it will have a specific focus on multi occupancy high rise residential buildings.

Dame Judith Hackitt, a qualified engineer with strong regulatory background, is leading the Review and will draw on the experience of local government, industry, the fire sector, international experts and MPs. She will also engage with residents of multi occupancy residential buildings.

The Review will report jointly to Communities Secretary Sajid Javid and Home Secretary Amber Rudd. An interim report will be submitted in the Autumn of 2017 and a final report submitted in spring 2018. The Review will co-operate fully with the Public Inquiry and Dame Judith Hackitt will review her recommendations in the light of the findings of the Inquiry.

On Aug 20, Communities Secretary Sajid Javid said: "We must learn the lessons of the Grenfell Tower tragedy and ensure that a fire like this cannot happen again.". On  September 5, he told Parliament: "Over the summer the Prime Minister, the Housing Minister, the Minister for Policing and Fire and myself have been meeting with the people of north Kensington to make sure that their concerns are being listened to and more importantly, acted upon.

"As a result, the Grenfell Recovery Taskforce has been appointed and started work.

"The process of removing control of properties from the tenant management organisation has begun. The remit of the public inquiry has been set.

A temporary school has been built.

Work is underway on the scaffolding that will surround the tower.

Across England there are 173 social housing buildings that are over 18 metres tall and clad with some form of aluminium composite material, or ACM. Three of the seven cladding systems that were tested were found to meet the criteria set out in BR135. The other 4 fell short of what was required.

While 89 private buildings in England have tested their cladding through BRE facilities, I continue to urge all private owners of similar blocks to submit samples for testing.

I have also asked housing authorities to ensure the same steps are taken for all private sector residential tower blocks in their areas and to collect the data so that we understand the scale of the issue and we can track the remedial action.

Inspections carried out since the fire have also highlighted other safety issues related to building design. For example, structural engineers studying Southwark’s Ledbury Estate said that strengthening work may be needed on blocks constructed using the concrete panel system that, in 1968, failed with devastating effect at Ronan Point. They also raised concerns about cracks that appeared cosmetic but could compromise fire-safety compartmentation.

Meanwhile, all local authorities that own similar buildings have been advised to review their designs and to check whether any strengthening work was properly carried out.

Separately, the British Board of Agrément has told us that, based on their investigations following incidents in Glasgow, some cladding systems may be designed and installed in such a way that they could fail in strong winds.

The wider issues of competence and certification will feed into Dame Judith Hackitt’s review of building safety, the terms of reference for which were announced last week.

The Grenfell Tower tragedy must prompt a considerable step change in how fire risk in tower blocks is managed leading safety bodies in Britain have said.

The safety and health community came together as one to call for swift and urgent action and is pleased that many of the points it raised are found in the publication on 30 August 2017 of the terms of reference for the independent review of building regulations and fire safety, as well as those for the public inquiry.

Calls led by the British Safety Council, the Institution of Occupational Safety and Health (IOSH), the Royal Society for the Prevention of Accidents and Park Health and Safety have helped shape a way forward for the independent review that they welcome.

A Group spokesperson said: “The public inquiry and review must lead to measures that make sure solid regulations are robustly enforced and that fire safety competence is viewed as essential and integral to decision-making. Following a positive meeting with officials from key Government departments, we look forward to working with them and others to help maintain an effective and proportionate approach to regulation and competence in key areas of health, safety, fire prevention and building standards. We stand ready to support the Government’s efforts for improved regulation and look forward to helping achieve effective and practical controls over risks, both in the workplace and in the wider public domain.”

A fire in a Fitzrovia underground car park was extinguished by sprinklers while commercial burglars shoved a couple of chip fryers under their arms and mad off. The...