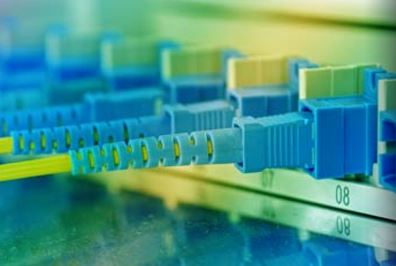 Residents, employees and visitors to the City of London will be able to use a new 'world-class' wireless network this year as proposals to expand free Wi-Fi and improve mobile coverage across the Square Mile have been given the green light.

A new network will replace the current free Wi-Fi service provided by the Cloud. State of the art equipment will provide gigabit speeds and see users able to enjoy high bandwidth services like video on demand over free City Wi-Fi for the first time. The service will surpass that found in the world’s other major international financial centre – New York.

The project is the single largest investment in wireless infrastructure ever seen in the City of London and will be rolled out from late spring 2017. The winning provider for the delivery of this work will be announced in the next few weeks.

London currently suffers from poor broadband speeds with four of the 12 constituencies with the worst superfast broadband being found in the capital – including the City and Westminster. London ranks 26th out of 33 European capitals in terms of broadband speed.

Over 400 ‘small cells’, which will be built in the coming months, will boost the strength and reliability of the current wireless coverage by using street objects like lampposts, street signs, buildings and CCTV columns.

The combination of the Square Mile’s tall buildings and narrow, historic streets mean that in some areas mobile service has been unreliable for some of the 400,000 City workers and 10 million yearly visitors The new technology will enhance coverage, making working on-the-go easier. By utilising these street objects, the City will be able to boost the strength and reliability of the current wireless offer.

Mark Boleat, Chairman of the City of London Corporation’s Policy and Resources Committee said: “As the world’s leading financial hub, we are thrilled to bring our wireless connectivity up to speed. At a time when other major financial centres are competing with us, the Square Mile is boosting its appeal through initiatives such as this. The new service will allow City workers to become better connected than ever before.”

Deputy Mayor for Business, Rajesh Agrawal, said: “Fast and reliable digital connectivity is crucial for businesses and I’m really pleased the City of London Corporation is taking this significant step in improving speed and coverage in the Square Mile. The Mayor is committed to improving London’s connectivity, including tackling the capital’s ‘notspots’ and ensuring providers have better access to public-sector property for digital infrastructure.”

While London is the number one global financial centre according to the Global Financial Centres Index published by the Z/Yen Group, other centres like New York, Tokyo, Singapore and Hong Kong have invested in their information and communications (ICT) technology infrastructure in recent years. ICT is set to become more of a major competitive issue and something that will attract more investment into centres with enhanced connectivity.

The new service will pave the way for easier adoption of 5G technology, which is expected to be launched by the end of this decade.

In addition, the City of London Corporation launched a new standardised legal document in July 2016 which will speed up the process for businesses to get superfast broadband. By working with London’s main developers, landlords, broadband operators, including Virgin Media, property managers, Government, legal firms and key trade associations set of tools were produced which make it easier and faster to agree digital connections.

Picture: 'World-class' wireless in the City will be as good or better than other major financial centres