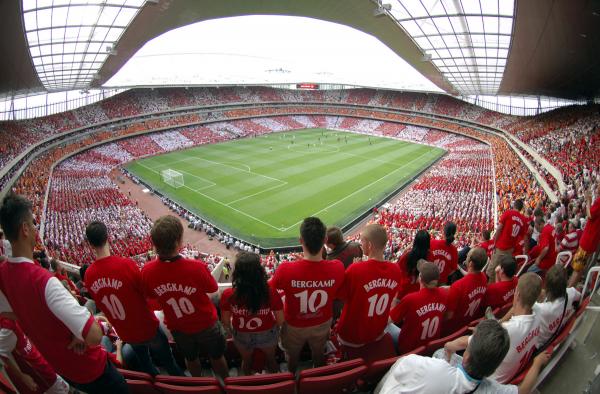 There has been a call for the richest football clubs in the English Premier league to improve accessibility following a Private Member’s Bill introduced by Lord Faulkener last month in the House of Lords that would give local authorities the authority to refuse a safety certificate to sports grounds that did not comply with accessible stadia guidelines.

When he gave reasons for supporting this measure, Lord Faulkner mentioned the provisions of the existing Equality Act 2010. “It is clear that many people experience great joy and a sense of belonging in being able to follow live sporting events and their local team alongside fellow fans, family and friends. But for our disabled fans, that cannot happen unless our sports stadia and venues are truly accessible and inclusive. Service providers and public venues have a legal duty under the Equality Act 2010 to provide accessible facilities and to remove the barriers that may prevent disabled people from using their services.”

The figures on how football league clubs have performed in improving accessibility are stark. Only 14 of the 92 professional football clubs in England meet football’s minimum numbers. Of these, only three Premier League clubs exceed those standards and more than one-third meet less than 50%. Top clubs not meeting the standards include Chelsea and Manchester United. Almost 1% of the population uses a wheelchair, yet Old Trafford provides only 120 wheelchair-user spaces which is equivalent to less than 0.15% of the overall stadium capacity.

Disabled fans at 55 of the 92 professional clubs have no choice but to sit with home fans as away supporters and many have stopped travelling to away games because the situation is as described by Lord Faulkner as “so awful. Disabled fans are often asked to hide their team colours and to refrain from celebrating goals. It can be an intimidating and hostile experience. They have been verbally abused and threatened and some have had coins, cigarette lighters, urine and other items thrown at them.”

Lord Faulkner deplored the attitude of rich clubs with the attitude of disabled fans who supported them but were brushed off in this matter of watching their team. “Recently, a father of three young sons, a Manchester United fan, was told to go and support Stockport County if he wished his disabled son to sit with the rest of the family. There are reports of walking aids being confiscated and of guide dogs being banned.”

Speaking in the debate Chris Holmes, a Conservative peer and former paralympian, stated that he had written to sponsors and partners of the Premier League urging them to withdraw support if football clubs failed to improve access.

Lord Holmes went on to describe the Premier League’s progress as 'glacial' and 'shambolic' comparing its performance on access with the 'brilliant brands, fabulous market leaders with great corporate social responsibility programmes' that sponsor and support the game.

However, Disability News Service reports that it had contacted four of the Premier League’s main sponsors – Barclays, EA Sports, Carlsberg and Nike – and asked if they had responded but was told they had not criticised the lack of accessibility.

Picture: Are football clubs acting like misers when making their grounds accessible to the disabled?

Following the convulsion of the departure of Iain Duncan Smith at the DWP, a House of Lords Select Committee report has rubbed more salt into the wounds The House of...

Hospitals Falling Down on Toilet Provision

A new report claims that UK hospitals and clinics are putting disabled people and their carers at risk by not providing appropriate toilets. The toilet access report...