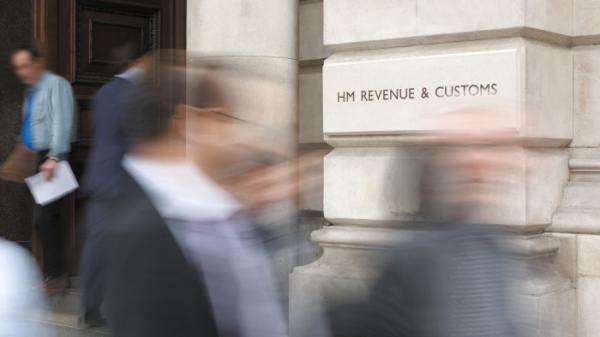 According to The Guardian, HMRC has been knocked back in its attempt to recover £50 million in Stamp Duty pertaining to the £959 Million sale of Chelsea Barracks for domestic property development.

Having unanimously won its original case and appeal, HMRC was confident there was no chance of the decision being overruled - until a more recent ruling that HMRC had pursued the wrong party.

The Guardian quotes Richard Murphy a director of Tax Research UK, as saying: “This needs to be a serious kicking for the people involved, including the senior management of HMRC. We cannot run a tax authority on the cheap.”

A statement obtained by ThisWeekinFM from HMRC reads: 'The court of appeal ruling supports our view that SDLT [stamp duty land tax] is payable. We are disappointed that the decision makes that tax much harder to collect so we are considering an appeal.

'Four Tribunal judges thought that we were assessing the right taxpayer but the court of appeal has disagreed. This was a complicated legal point and we are considering the implications.

'HMRC is proud of our record of winning most avoidance cases that are taken to litigation by the taxpayer and we protected over £1 Billion in April alone. We tackle avoidance wherever we see it and litigate where necessary to ensure schemes are defeated and the tax due is paid'.

The Upper (Tax) Tribunal originally upheld a legal ruling against a the SDLT avoidance scheme. Scheme user, Project Blue Ltd, had appealed against an earlier First Tier Tribunal (FTT) decision relating to its purchase of the Chelsea Barracks in London. It was deemed the SDLT sub-sale alternative finance scheme was used in an attempt to eliminate all of the SDLT due on the purchase of the barracks. The Upper Tribunal decided Project Blue must pay £38 million in SDLT that would have been due if it hadn’t used the scheme.

The decision also affected 24 similar commercial cases and similar avoidance schemes with around 900 users, valued at £85 million in tax. The case was the first to test a targeted anti-avoidance rule in the SDLT legislation.

David Gauke, Financial Secretary to the Treasury, said at the time: “HMRC’s position in this important case has now been backed twice by the courts. The message is clear – tax avoidance is complex, expensive and self-defeating. We continue to crack down on both avoidance and evasion – last year HMRC’s compliance activity brought in £23.9 billion.”

Chelsea Barracks was sold to Project Blue Ltd in January 2008 when the company was owned jointly by the Qatari Government and CPC Group. The company is now solely owned by the Qatari Government. The SDLT legislation removes tax obstacles to alternative property finance transactions (which includes Islamic finance transactions) to ensure that they aren’t taxed more than conventional loans. In this case, the transactions were combined with others in a complex tax avoidance scheme designed to ensure that no tax was payable at all.

Project Blue Ltd argued that the transactions had been carried out for commercial reasons and not to avoid tax.

According to The Guardian: 'Project Blue, a company owned by Qatar’s sovereign wealth fund, the Qatar Investment Authority, used an instrument called an ijara. It works as a leasing arrangement to comply with Islamic law, which forbids the charging of interest. That meant Qatar’s Masraf al-Rayan bank was the formal owner of the property.

The Guardian article also revealed: ' The Qatar Investment Authority has interests in a raft of prime properties in London, with stakes in the Shard and the Canary Wharf estate. It is also the largest shareholder in Sainsbury’s and has a significant stake in Barclays, which it helped avoid a government bailout in the wake of the financial crash.'

Picture: Tax your lot - HMRC is considering a further appeal on the Chelsea Barracks ruling

Want to read the most recent ruling - Click Here

International law firm Pinsent Masons has advised McColl's on its acquisition of 298 convenience stores from the Co-operative Group Limited for an aggregate...

A service that is claimed to address the growing concerns in aviation safety from misuse of drones has been launched by a UK tech startup company. Altitude Angel is a...

Love Mondays but Not Tuesdays and Wednesdays! Tax Scheme Could Cost £158 Million

Reed, one of the biggest UK employment agencies, has lost a case in the Court of Appeal (heard over Tuesday and Wednesday July 21/22) and now faces an HM Revenue &...

Vacant property specialist, VPS, is calling on owners and landlords of vacant properties to check the security and protection of their properties. It notes that...

Tapering the Furlough Scheme ‚Äì What Support is Available for Employers?

The Coronavirus Job Retention Scheme (CJRS) allows employers to furlough employees and receive a grant that covers 80 per cent of employees‚Äô salary costs.¬Ý What happens when the support starts to taper off? Click Image To Read More

Since the advent of the Electricity at Work Regulations (EaWR) 1989, there has always been an ad-hoc approach to Inspection & Testing and it should not be the case in today‚Äôs market place, given technological advancements. Click Image To Read More

Rinnai‚Äôs direct operational support to essential works during COVID-19 is being maintained and developed for¬Ýemerging sectors such as hospitality, education, and retail. Click Image To Read More