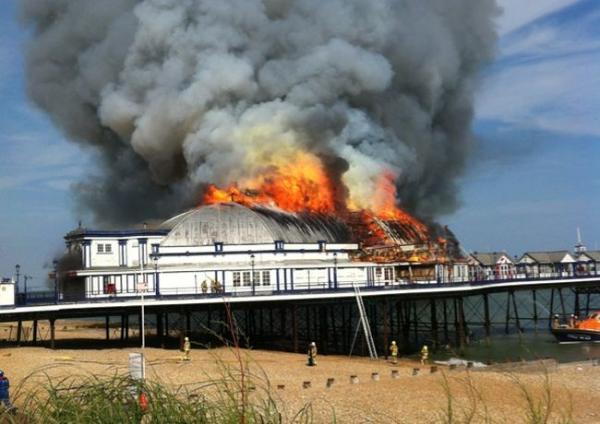 A man working on the fire damaged Eastbourne Pier, who fell and died at the scene on Tuesday, has been named as Stephen Penrice, 44, from Sandylonning in Cumbria. He was an employee for about seven years of Cuerden Leisure, the pier owner and had been engaged on remedial work on the structure during that period.

Mr Penrice had fallen from the pier at about 4:00pm and was pronounced dead at the scene by South East Coast Ambulance Service.

"This is a terrible tragedy and we are working with the police to establish exactly what happened,” stated a spokesperson for Cuerden. "Our thoughts are with the family and colleagues at this time."

About a third of the 144 year-old, Grade II listed pier was destroyed when a fire broke out in the arcade section on 30 July, which took 80 firefighters and RNLI crews to control.