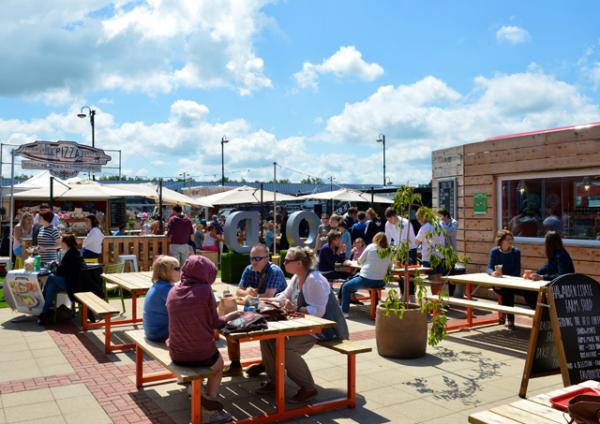 British Land has launched Eats from the Street 2016 which sees the company’s restored red bus, complete with a ‘green’ engine, visit 10 retail assets as part of its strategy to create 'Places People Prefer'.

This is the second time British Land has run the street food serving Routemaster following its initial residence across four assets in autumn 2014.

Launched at Orbital, Swindon last month, the bus has visited nine assets to date and will spend a weekend at Nugent, Orpington in late-August.

Darren Richards, Head of Retail Asset Management for British Land, said: “Eats from the Street is a fantastic initiative and following its previous success we are bringing it back and have expanded ts reach across 10 of our assets. This campaign is part of our strategy to enliven assets, across both local and regional centres, through events that add to the customer experience whilst improving footfall, spend and dwell time.”

Later this year British Land is set to expand the concept to run ‘Street Style’, which will focus on fashion and beauty. The event, which will utilise the Routemaster bus, will include fashion shows, tutorials and beauty treatments and will run across seven assets.

Picture: Where's the bus? you might ask - we tried to ask the British Land photobods but they'd all gone on a summer holiday