Stopping the Embarrassing Pain in the Glass 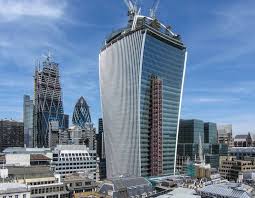 The headaches caused by design of the so-called Walkie Scorchie building in the City of London, may well be over, according to the developer, Land Securities. It has made a planning application to stop solar glare problems.

On the positive side, 20 Fenchurch Street is now 64% pre-let with a further 23% in solicitors’ hands. Land Securities is at pains to point out that just 88,258sq ft of space remains available and handover of the pre-let office floors is on schedule for April.

The 37-storey tower got the notorious tag of Walkie Scorchie last summer when the sun’s rays reflecting from its curved façade, melted cars and damaged a restaurant.