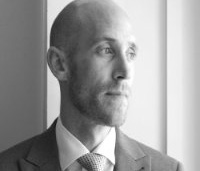 The British Institute of Facilities management has lost another CEO. Having taken over last year from Gareth Tancred, James Sutton is set to do the choo-choo in the new year.

The Institute has released a statement that reads a little like those normally associated with MPs who've been caught with their pants down or fingers in the till...Sutton will 'leave the Institute next year to focus on his new family'.

Sutton was brought in to lead a development process over two years ago and in July this year became CEO when Tancred bowed out.  However, with the arrival of a new baby imminent and the distance between his home, BIFM’s headquarters and his many commitments resulting in significant time away from his family, Sutton has decided to call it a day.

The recruitment process is now open. Sutton will be staying on as CEO until a replacement has been found. The aim is to have the new CEO in post by the BIFM AGM in July 2016.

Julie Kortens, current BIFM Chairman, has accepted the Board’s request to stay on as Chairman for a further year until the 2017 AGM to both support this transition and ensure continuity of leadership.

This latest guide in the Good Practice Guide series has been published in partnership with GRITIT - the gritting firm.. It aims to provide FM professionals with practical advice and guidance to support them in developing better working practices around winter maintenance.

This latest guide covers all aspects of winter maintenance from creating a plan and reducing risk to scheduling interior and exterior maintenance, the use of Personal Protective Equipment (PPE) and driving safely.

1. Understanding your duty of care when it comes to making a site safe for staff and customers during harsh winter weather.

2. Planning and advance preparation to keep the facilities as safe as possible during a harsh winter.

3. Ensuring the winter maintenance plan is robust through a recognised health and safety management system such as OHSAS18001.

4. Appointing a senior ‘champion’ of the winter maintenance plan for top level support.

6. Ensuring the winter maintenance plan is based on real time accurate weather data and agreed action triggers for service.

8. Reviewing winter maintenance plans and policies on a regular basis: at least bi-annually.

The guide is free to download to all BIFM members as part of their member benefits. It is priced at £19.99 for non-members and available to buy direct from BIFM along with other guides in the series.  www.bifm.org.uk/goodpracticeguides