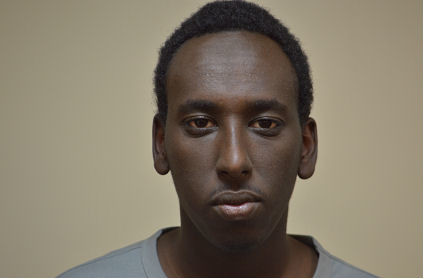 The sentences are to run concurrently. Further to this, Rashid was handed a 15-year Notification Requirement under Part 4 of the Counter-Terrorism Act 2008.

In February 2015, Rashid purchased flights for himself and four friends, the plan being to fly to Morocco and then from there to Turkey and onto Syria with the intent of joining the proscribed terrorist group calling itself Islamic State.

By buying a flight with the intention of joining the ranks of IS, he was preparing to become involved in terrorism. Rashid made it all the way to Istanbul in Turkey and travelled to the town of Gaziantep, close to the border with Syria, where he stayed in an IS safe house. However, shortly before the group were due to cross the border, it appears Rashid changed his mind and returned to Istanbul. On leaving the British Embassy he was detained by the Turkish Police and deported back to the UK. It is believed that his companions continued on into Syria where they currently remain.

On arrival at Luton Airport, Rashid was arrested by officers from the Metropolitan Police Service's Counter Terrorism Command (SO15) and questioned about his journey and motivation.

Following consultation with the Crown Prosecution Service, Rashid was charged as above on Wednesday, 1 April.

Prior to the commencement of the trial Rashid also pleaded guilty to an offence of fraud which related to his use of a forged BTEC qualification to secure a place at Middlesex University. He then subsequently obtained a student loan on the basis of that university placement.

Commander Richard Walton, head of the Met's Counter Terrorism Command (SO15), said: "The sentence demonstrates the seriousness with which the courts are taking terrorism offences. Rashid prepared to join the proscribed terrorist group - Islamic State - and assisted others in their preparation to travel to Syria too. He did make the right decision eventually to return to his family but had by then committed a terrorist offence."