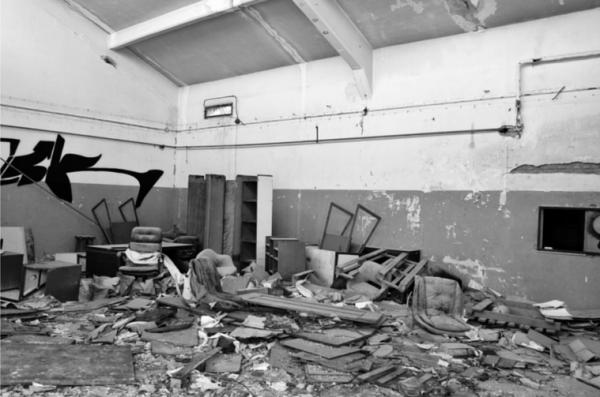 All too often disused or empty warehouses, pubs, offices and barns are targeted to host unauthorised parties with gatherings ranging from a few hundred people to over 2,000.

The aftermath of an illegal rave may only cost a few hundred pounds if all that is needed is a sweep-u, but it can quite easily run to many thousands of pounds if there has been extensive damage to the building.

“Raves occur throughout the year but there are two main seasons, summertime and around New Year’s Eve,” explained Anthony Owen, MD, VPS a specialist company managing vacant properties. “A rave already reported this month incurred damages of tens of thousands of pounds. Last summer over 300 of these events were reported around the country, so it is highly realistic to estimate the total cost this year will run into millions.”

One particular example was of a rave of a derelict post office in Waltham Forest when 1,000 ‘revellers’ took over the property for a summer rave on 4 July this year. The century-old former delivery office had been the subject of a planning application to turn it into a mixed-use development of nine homes and a workplace when the owner reported the all-night party.

In addition to substantial damages to each room in the property, lead was stolen from the roof, toilets were demolished and copper pipework was taken.  “Empty properties or vacant land are obvious targets for illegal raves,” said Mr Owen. “If they are not secured and inspected regularly, owners may find themselves non-compliant on their insurance and in the light of the expense of the aftermath, cutting corners on protection can turn out to be a false economy.”

VPS deals with vacant property management to commercial landlords, construction firms, local authorities and housing associations. After an illegal rave, it has been called in to clean and clear a site before securing it which may need specialist crews who know how to handle the residue of drug use or faecal dirt. It uses a range of technologies designed for vacant properties, from SmartAlarm systems and CCTV through to guards and live-in guardians.

Picture: The morning after the night before – our image shows how a derelict post office was trashed by an illegal rave