Sun Should Shine on Solar 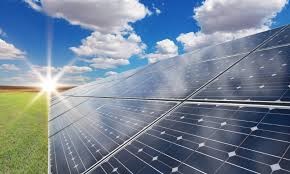 Despite a number of stutters the government believes that solar power should account for 4% of the UK’s energy supply by the end of the decade.

The reason for the reduction is that the inducements for businesses and householders to install solar panels resulted in greater than anticipated demand. This gave the government what it believed was just cause to reduce Feed-in-Tariffs (FiTs) on large installations.

At the time the Department for Energy and Climate Chance (DECC) was severely criticised for the move and a number of solar energy companies collapsed.

The situation now is that with solar panels falling in price by as much as 70%, demand has drawn in Chinese manufacturers and led the government to withdraw subsidies on large solar farms above 5mW by the end of this month. This, in turn, has led to a boom in installations to beat the deadline with the Solar Trade Association (STA) stating that there had been more capacity had been installed in the first three months of 2015 than in the whole of last year. However, the STA predicts business will collapse after that by as much as 80%.

"We need subsidies for another few years – maybe five – before we can compete with fossil fuels in the UK,” explained Leonie Greene, Spokesman, STA. "Only 35% of the cost of solar is the price of the panels, the majority cost is the installation and that will only come down if we have a large and thriving competitive industry in the UK. The government's decision to pull out subsidies is an own goal; it will delay the moment when solar can compete with fossil fuels."

For its part, the Energy Secretary, Ed Davey, spoke up the potential for the solar industry. In a conversation with the BBC he predicted supply from this renewable source would rise up to 14GW of solar by 2020; up from 5GW at the end of 2014. The current percentage is a modest 1.5% of total UK annual electricity that will rise to just under 4%.

On that ground Mr Davey felt the move to end subsidies on large installations was justified but would continue with domestic ones.

The UK figure for installations of both non-residential and domestic now stand at 650,000.

North of the border

A number of leading members of the STA have launched a new Scotland branch. STA Scotland is set to become the leading voice for solar in Scotland, advising and developing policy with the Scottish government and raising awareness of the benefits of solar. STA Scotland has been backed by a number of prominent figures in the energy industry, including Fergus Ewing, Minister for Business, Energy and Tourism in the Scottish government.

Picture:    The UK solar energy sector has had a bumpy ride in recent years but still looks set to grow over the next decade.