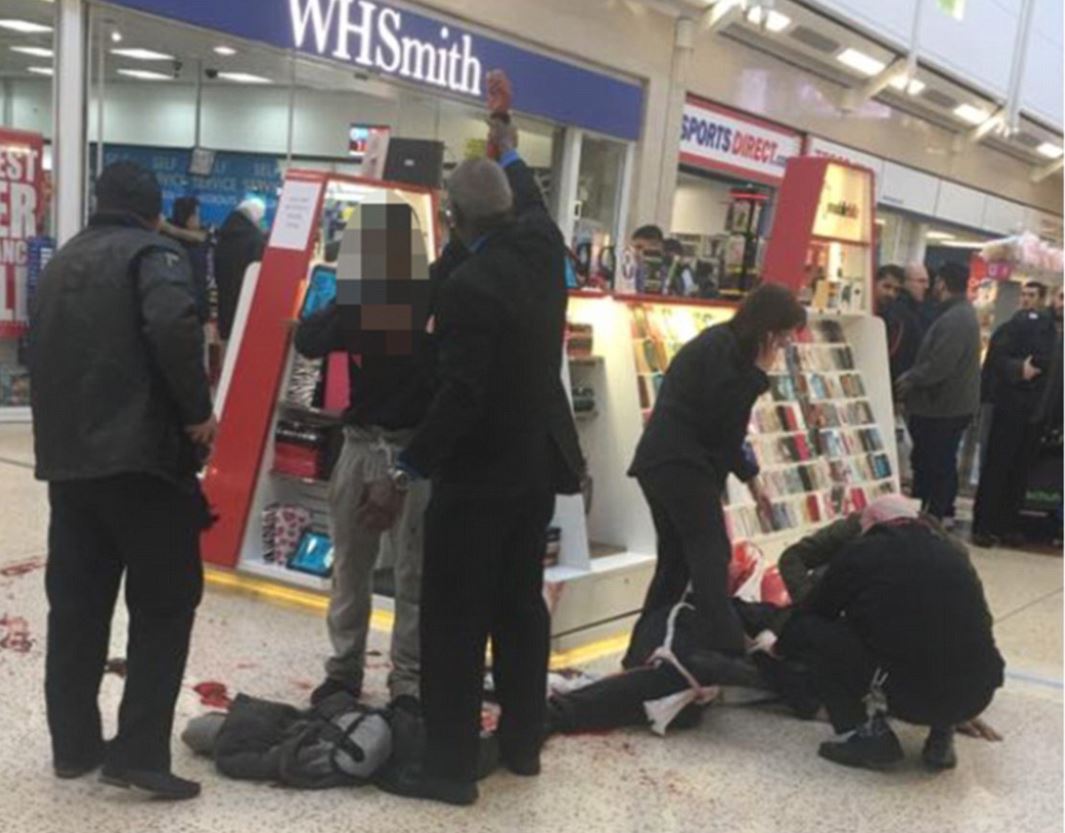 The Mall in Luton saw two men stabbed on Sunday afternoon with the police called at around 2:30pm, along with the East of England Ambulance Service.

Security personnel were the first on the scene taking immediate action to stem the flow of blood from one victim whilst shoppers attended to the other. The most seriously injured of the two fell to the ground; the other was pictured still standing but bleeding profusely from a wound to his hand.

Another picture on social media showed bloody footprints leading away from the scene.

Once the East of England Ambulance Service had set off to take the two men to hospital, the busy 178 store shopping centre was cleared. Statements were taken from as many bystanders as possible but police are now appealing for witnesses.

The operators of The Mall Luton confirmed on the morning of Monday January 22: 'There was a serious incident at The Mall yesterday. We are working closely with Bedfordshire Police on their investigation. Please be assured this was an isolated, targeted incident. The Mall is open as usual today'.

Picture: Security personnel were the first on the scene taking immediate action to stem the flow of blood