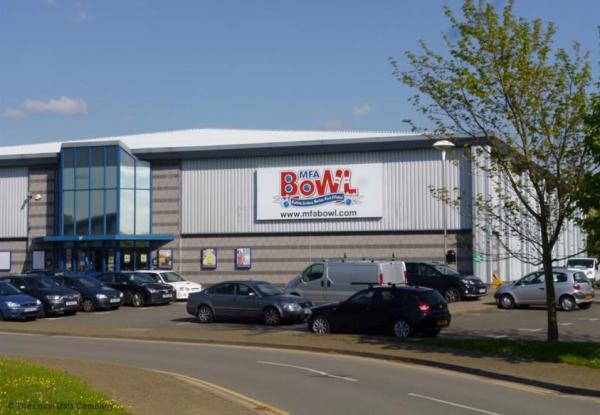 Sunday October 22 at 2.30pm saw Warwickshire Police receive reports of a man with a firearm in a leisure facility in Nuneaton.

Local residents were evacuated. The siege ended at 6:30pm - a man was arrested and is in police custody.

Members of public at the bowling alley and neighbouring properties were evacuated to safety and nobody was injured during the incident.

Warwickshire Police Chief Superintendent Alex Franklin-Smith said: " We are pleased that we were able to bring this incident to a peaceful resolution and that there were no injuries. I would like to reassure the community that the incident is unconnected to any terrorist activity."

A member of staff and a manager were freed by police. Both were physically unharmed but were examined by the ambulance service for the effects of trauma. The owners of the bowling alley (MFA Bowl) have confirmed the employees will receive further counselling.

It is believed the assailant was known to a member of staff at the facility but it is not clear if that person was one of the hostages.

Local reporters say that customers at the alley ran for their lives as the gunman wielded his weapon above his head. Others hid in the toilets.

Once the police and other emergency services arrived, the shopping-type park was put in to lock-down -  with restaurants and a play area evacuated. One caller to a radio station said she hid in a restaurant toilet with 20 others until escorted away by the police.

People were evacuated to a local hotel.