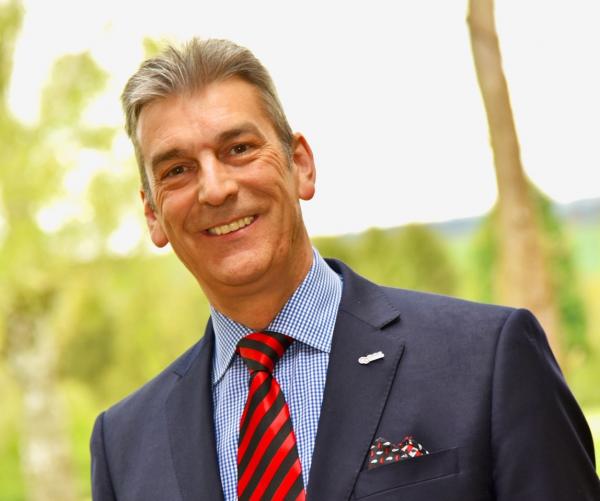 The use of knives and weapons in retail outlet crime has always been a chief concern and a major challenge for security operators and our retail customers, writes Chris Kenneally, head of an FM and security firm.

Deciding on the right course of action is not straight forward as on the one hand the perpetrators need to see that there is zero tolerance for such violent behaviour but on the other hand our first priority is to protect lives: of our staff, the general public and our customers.

The pressure to deal with this problem is becoming more prevalent. In recent weeks, we’ve seen an escalation of reports of knife crime from our retail security staff. Sadly knife crime is on the up. Indeed, the Office for National Statistics reported a two percent rise in all knife crime offences in the 12 months to March 2015. The increase to 26,370 offences was announced ahead of a new 'two strikes and you’re out' mandatory prison sentence for repeated possession of a knife or blade in July 2015.

Despite the introduction of this new mandatory prison sentence, we have received four serious incident reports from our security staff within the space of just two weeks in October. Although the lead up to Christmas generally sees more crime due to pressures of the season on impoverished families and those with addictions, this is still an early start in the year for such an escalation in serious crime.

So what can we do to alleviate this situation?

The true answer to this is to work as a united team with the Police. While it’s completely understandable that retail and security staff will want to tackle criminals with knives, after all the knife-holder could go somewhere else, hurt someone else and commit more crimes, this is not the correct approach. At Cordant we have a policy outlining that the right path is to work with the police so that they can safely apprehend the criminal, we do not encourage our staff to be heroic in situations where their own safety is at risk.

Our training programme and a booklet that all of our security officers are issued with called 'Golden Rules' reinforces this stance.  This booklet contains guidance about assessing risk, calling for assistance and reporting to our control rooms.

By following this guidance, we aim to help our teams make sound judgement calls and to help the Police apprehend criminals. Many of the sites where our teams operate have good CCTV and back-up technology at their disposal. These tools also help speed up the process of arresting criminals.

Our retail customers also tend to provide the same guidance to their personnel and accept that there will be times when employees may be tempted to take the situation into their own hands. For example when someone is obviously stealing, you don’t always know when they are also concealing a weapon and very often staff are thrown in at the deep end in these situations and their first instinct is to protect customers. While we are grateful to them for doing a great job, we stress that it is not worth them risking their own life for the sake of arresting a criminal with a knife. We urge our staff to let the Police do their job.

Working with the police

At Cordant we work very closely with the Police to make sure that we report the information and details needed to apprehend a weapon holder. The dangers for staff working at the frontline are very real. We have reports of violent incidences like a shoplifter pulling out a machete when questioned about not paying for two bottles of vodka and another incident where a man wearing a fake Police outfit pointed a gun at a retail manager. In these instances staff sometimes want to tackle the situation themselves but we strongly advise our employees to stick to the Golden Rules.

The Police are facing cuts and there are often not as many officers on the ground as there used to be and this is why our reporting has to contain the relevant details and images to help the Police in their jobs.

Our Security officers provide crucial help to our police forces. They are really like an extension to the team but their role in apprehending criminals is not about endangering their own life. Police officers are trained and carry the tools to handle these situations.  Our Security officers can apprehend criminals when it is safe to do so but when it isn’t, the best thing that they can do is get as much descriptive information as quickly as possible so that the police can make a speedy arrest and keep people safe.

In conclusion, it is important that the security and retail industry work in partnership with the Police to prevent crime. It’s important to share information about for example, effective signage deterrents, new technology and general trends that we observe. While it would be unrealistic to expect knife crime to be completely eliminated, it’s vital that we jointly send out a clear message that criminals will be caught and prosecuted. It’s only by working together and clearly understanding our roles that we can tackle the problem head-on.