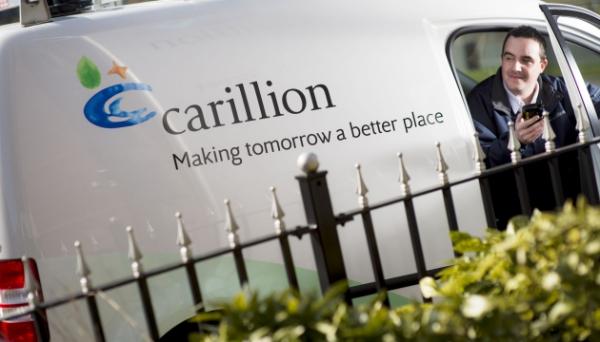 Carillion’s services business provides mandatory Legionella monitoring across its FM contracts to thousands of client sites across the UK and the new project was piloted at eight sites including retail premises and large corporate buildings over the last two months.

It reports that results showed that manually intensive legionella monitoring could be replaced with remote monitoring through IoT connected devices, delivering improved assurance regarding the health of water supplies to clients. In addition ‘significant cost savings’ appeared to be made and both clients and end users were said to have benefited from assurance of safe water supplies.

“The pilot study was a great success and we are hoping to introduce this innovation to all of our contracts this autumn, delivering significant benefits to our clients,” said Euan Burns, Chief Engineer, Engineering Centre of Excellence, Carillion. SPICA devicepoint for Healthy Water replaces traditional manual techniques with connected devices; taking real-time data readings on pipe temperature which feed into the devicepoint dashboard for easy remote access. By eliminating regular manual testing work, the risk of a water system being contaminated with Legionella is claimed to be significantly reduced for a fraction of the current typical cost.

“The benefits of IoT powered systems such as this one are numerous in many commercial, residential and public sector environments as we move towards a future of Smart Cities,” asserted Tim Streather, Sales and Marketing Director, SPICA.

Picture:    The dangers of Legionella are being tackled by a partnership between Carillon and SPICA involving remote monitoring

FMs and management teams have a duty of care to staff and building users. In extreme heat such as we are experiencing right now, it‚Äôs vital to make sure people are as safe and comfortable as possible. Click Image To Read More