Taking a Dare with the UK's Poor Air 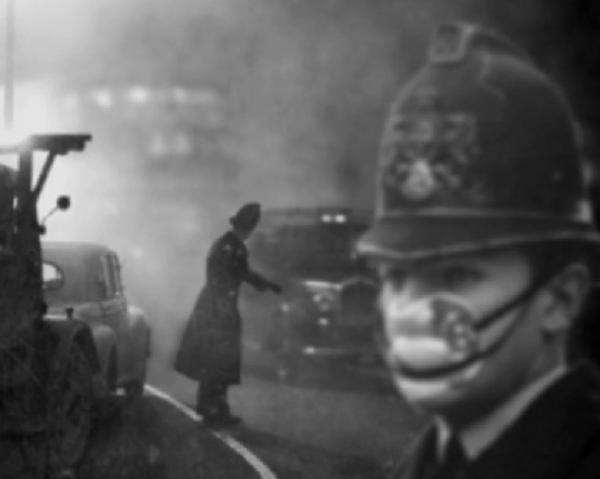 The not for profit organisation Deliver Change has launched the Let’s Make Air Pollution Visible initiative to tackle poor air quality in the country.

The campaign aims to make UK cities healthier and more productive, bringing together disparate parts of business, local government and society to try and solve the problem of air pollution in the UK.

Air pollution is estimated by Public Health England to contribute to the premature deaths of more than 29,000 people in the UK each year and cost the economy £53 billion per year. Deliver Change aims to bring organisations from across the UK economy and civil society together to address this urgent problem.

The launch of Let’s Make Air Pollution Visible was held in central London recently and hosted by the Wellcome Trust – which is working in partnership with Deliver Change to install AirSensa air quality sensors on its London buildings.

This event explored the health and economic impacts of air pollution and how businesses, policy makers and schools could work together on this issue.

Jonathan Steel, CEO of Deliver Change, commented: “Air pollution remains the greatest invisible threat to our health today, as well as to the economic performance of our cities. People are waking up to the problem but we need to be able to see the ‘unseeable’.”

Mr Steel went on to explain this was why there was a promotion of building a network of thousands of low cost AirSensa air pollution monitors to help generate the data needed. The units take continual readings of key air pollutants (CO, NO, NO2, O3, PM2.5, PM10), and relevant atmospheric conditions. This data is transmitted back to Deliver Change’s cloud software platform for analysis.

“We’re building partnerships with organisations that can take action based on that data which is what the ‘Visible’ initiative is all about,” stated Mr Steel.

Picture: It may be 60 years since the Clean Air Act came into force but air pollution still kills 29,000 people prematurely every year

A study has found that the impact of road transport on air quality is not given sufficient priority in UK transport planning. Alongside a lack of joined-up government,...

The Mayor of London, Boris Johnson, has just published the world’s first report to use updated methods to assess the true health and economic impacts of air...