Talking About My Z Generation 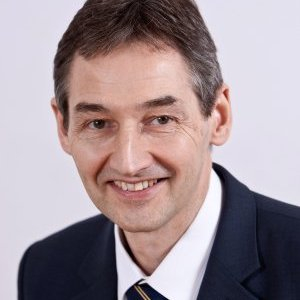 BSRIA has launched its white paper on ‘Products and Systems for Generation Z in Reduced Carbon Buildings’.

The white paper examined what industry needs to do to deliver expectations and to achieve reduced CO2 targets over the next 10 years as well as what products and services will be required to achieve these objectives.

It considered how the value of buildings can be improved in order to raise productivity and wellbeing for their occupiers and at the same time generate new revenue streams for suppliers. It was written by Jeremy Towler, Senior Manager, Energy & Smart Technologies, BSRIA Worldwide Market Intelligence from data collected at the ISH exhibition in March 2015.

Sometimes described as the ‘first tribe of true digital natives’, or ‘screenagers’, Generation Z (born from the mid-1990s to the present day) are characterised as smarter and more prudent than their Generation Y predecessors. They are more involved, have more job choices, seek freedom of movement and flexible working policies. For example, when it comes to heating and cooling, unlike traditional systems, they expect them to just work without any effort on their part.

When asked about expectations of buildings, Generation Z want devices that are aesthetically pleasing and to know immediately when there is something wrong in the building and ideally, have the problem fixed immediately. They also want choice and it will be important for them to be able to choose their providers based on advice and transparency over cost of products and services.

Regarding technology, they want simplified, flexible products, which are easily manageable because they themselves lack skills to get involved in the detail; in short, they want passive system management.

“Generation Z has also been characterised as the ‘sharing not the owning generation’, stated Julia Evans, CEO, BSRIA. “Therefore, there will need to be more options for renting and leasing rather than buying, due to higher capital costs. In relation to an uncertain energy future, Generation Z can see the immediate benefit of recycling.”

Ms Evans went on to state that this generation had requested to ‘keep it simple’ and the industry needed to offer intelligent options that were more modular as well as being capable of being interconnected into a system to provide a global view. “Therefore, products must standardise on how they communicate information between themselves,” she explained. “The intelligence should be built in to the controls and software.”

There was a general consensus that hybrid technologies would become dominant with Generation Z happier to buy a service than own a product. This included buying an option to solve an energy-related problem, rather than the tangible product itself with suppliers having to change their modus operandi.