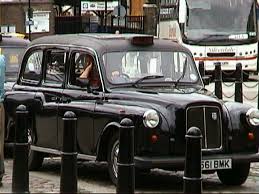 As many as 10,000 black cabs in London and other UK cities attempted to cause traffic chaos, as hundreds of Paris based licensed taxis also joined in with cabbies across Europe.

Trafalgar Square in London and Roissy and Orly airports were the hardest hit. Madrid, Rome, Milan and Berlin all joined in the protest at Uber and other Apps that allow those looking for a lift to match-up with those offering a lift. Some of these matches involve provate individuals but most are just unlicensed taxis.

Transport for London which now oversees London's black and mini cabs advocates strong rules on who and who cannot offer such services but curiously, in association with Mayor Johnson, have not shown much disapproval of an App that has inherent safety implications.

Boris and TfL are pondering whether the App is effectively a meter - the grounds that they could use to make it illegal. The London Taxi Drivers Association is conducting a test case in the High Court against TfL rather than Uber. The association is not attempting to ban Uber, rather it is trying to have the rules its members adhere to imposed on the California based organisation.

Action by some London taxi drivers is due to take place on the afternoon and early evening of Wednesday 11 June. This is due to start at Trafalgar Square at 2pm and end before the evening peak.

With several thousand vehicles possibly involved, all driving very slowly, this will cause disruption to traffic in the local area.

While these are the published times and location, the large number of vehicles involved is likely to affect a wider area, including Parliament Square, Whitehall and other local roads.   Drivers are therefore advised to avoid roads in this area at these times if they can.

Bus routes in this area are likely to be affected, with journeys expected to take longer and some routes likely to be diverted or curtailed. Cyclists are advised to take extra care due to the large numbers of vehicles expected on the roads.

The London Underground is likely to be the best way to get around during the afternoon and walking shorter journeys might also be an option.

TfL is working with Metropolitan Police Service and other partners to manage the impact of the traffic congestion caused by the taxis as far as possible and to restore normal conditions as quickly as possible after the protest.

TfL will offer travel information through a wide range of means, including via the media, the TfL website, various Twitter feeds, direct email communications, roadside variable messaging signs and bulletins to businesses and other local organisations and groups.

For the latest travel information, and to plan journeys on foot or using London Underground, road users are advised to visit tfl.gov.uk  or to follow @TfLTrafficNews and  @TfLBusAlerts on Twitter.

Pictured: The demonstration has been organised by the taxi trade who believe some private hire vehicles are illegally using smart phones to calculate fares. TfL is inviting the High Court to give a binding determination on this issue