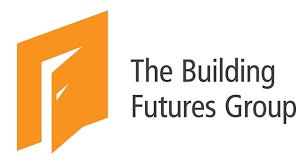 The Building Futures Group has announced its business closure. Despite a lot of warmth for the organisation that came into being in 2014 following the merger of the Facilities Management Association, Asset Skills and the CSSA (the Cleaning & Support Services Association), it was rocked when the CSSA abandoned its connection almost within days of the merger being announced.

Since the latter part of last year, rumours have abounded that members have failed to renew their subscriptions on mass - including those CSSA members who effectively found they had joined the BFG by default and were also being asked to continue with  the separated CSSA. Others have seen this debacle as damaging to both parties' credibility.

The decision to cease trading has been despite the trade association and training body's notable achievements. What will happen to the licence to operate as the Sector Skills Council for the industry has not been decided.

During the last two years, The Building Futures Group launched Asset Skills Training – the training arm of the business, developed 160 courses and trained over 2,750 individuals; developed projects that engaged employers and encouraged new talent into the sector for example the Routes to Employment project; becoming the first trade body in the UK to secure contracts to deliver apprenticeships, securing £350k of funding to provide cleaning sector apprenticeships; and launching the #secretjobs campaign, which reached out to 5 million individuals to encourage them to consider a career in facilities management or cleaning.

Since its inception, The Building Futures Group has demonstrated great commitment to encouraging sustainable behaviour and promoting corporate social responsibility in the sector. Two examples include its Low Carbon Skills Challenge Project that engaged 14,000 stakeholders and leveraged £1.5 million of in-kind investment and brought forward a further £1.9 million investment in energy efficiency skills, as well as its chairing of the Dignity and Respect Task Group on behalf of the Equality and Human Rights Committee to help raise employment and working standards for cleaners.

“It’s with great sadness that we hear the news of the Building Futures Group closing. The Young Managers Forum has flourished under the guardianship of the BFG in recent years, to become what is widely recognised as one of the leading stand-alone networks for young FM’s within the Facilities Management industry and we are excited to build on this over the coming year. 2016 is set to be the best year yet for YMF, so the timing couldn’t be better for the YMF to stand on its own two feet and explore new alliances and partnerships within the industry. We look forward to welcoming everyone to the events planned over the next twelve months and want to thank BFG for their help and support over the past two years.’’ Sara Campbell (YMF Chair) & Daniel Hawkins (YMF Deputy Chair)

The board of Asset Skills has just voted in favour of the proposed merger with the Facilities Management Association (FMA) and the Cleaning and Support Services...

The Building Futures Group is the name of the new organisation resulting from the merger of Asset Skills, the CSSA and the FMA following agreement by the board. The...

A video interview with Sarah Bentley is included below The proposed merger of Asset Skills, CSSA and the FMA is part of a vision to create a new and consolidated...