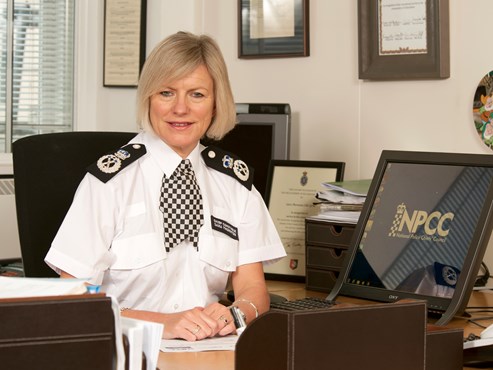 The head of the National Police Chiefs' Council, Chief Constable Sara Thornton, has said resources are being stretched to breaking point by the UK's counter terrorism measures.

Meanwhile, the Senior National Coordinator for Counter Terrorism Policing, Deputy Assistant Commissioner Neil Basu has said In the year to June 2017, 379 arrests were made, compared to 226 in the preceding year, marking a 68 per cent increase.

In 2017 alone, five terror attacks have taken the lives of 36 people and left scores injured and traumatised. (Since March six terrorist plots have been foiled.)

Two of the six people arrested in relation to the  improvised explosive device found on a Tube Train at Parsons Green, have been released with no further action expected - but that still leaves four in custody. Their ages are 17, 18, 25 and 30. There has been a clear rise in the numbers of very young active supporters of terrorism. (There is still a broad spectrum of people being arrested in connection with terrorism investigations in terms of age, gender and ethnicity.)

Police Funding - Do We Have The Resources We Need?

This time last week, commuters travelling on the tube through Parsons Green suffered a terrifying explosion and fire.  It was the fifth terror attack in the UK in six months.

Thankfully no one lost their lives but many will be left with scars - physical and mental.  The tube network stayed open and Londoners went about their business, rightly refusing to let terrorists interrupt their weekend.

Once again we saw our police officers and staff, with other emergency services, respond with skill and bravery - many working long hours playing their part in the substantial security effort.

Met officers were on the scene within four minutes.  As the threat level moved to ‘critical’, forces around the country responded with well-practiced plans and put thousands of extra officers on patrol to protect and reassure.  The investigation moved at pace enabling the threat level to be brought down by Sunday afternoon.

I am proud of that response – and hugely grateful to everyone involved in it. This was a highly visible demonstration of how police forces can pool and draw on their resources to respond and investigate at speed.  And as the Home Secretary said on Andrew Marr Show last Sunday, the Met had the resources they needed for that investigation.

In response to this significant threat, the Government is increasing the money it spends on terrorism from 11.7 to 15.1 billion but only about £700 million per annum is spent on policing.  And the allocation of this budget for policing is set to be cut by 7.2 per cent in the next three years.  When the volume and nature of threat is growing alarmingly, that is a real concern.

But the size of the counter terrorism budget is not the whole story. We don’t counter terrorism in isolation.  An effective effort relies on the whole policing system.  Every time there’s a terror attack, we mobilise specialist officers and staff to respond but the majority of the officers and staff responding come from mainstream policing.  This puts extra strain on an already stretched service.

In the response to the Manchester attack, three quarters of the resources deployed came from mainstream policing.  This disrupts the daily work of policing on which the public rely, it creates backlogs of incidents in our control rooms and results in a slower response to the public.

With officer numbers at 1985 levels, crime up 10 per cent in the last year and police work becoming ever more complex, this additional pressure is not sustainable.  The current flat cash settlement for forces announced in 2015 is no longer enough.

An effective response to an attack is just one part of our counter terrorism effort.  And it will never be as good as preventing them in the first place.  We’re particularly concerned about the resilience of local neighbourhood policing.  Fewer officers and Police Community Support Officers will cut off the intelligence that is so crucial to preventing attacks.  Withdrawal from communities risks undermining their trust in us, at a time when we need people to have the confidence to share information with us.

Police chiefs will do all they can to protect the public from terrorism. We will make choices about what we prioritise and where we invest.  Some of these choices may be difficult and unpalatable to the public but we can make them if necessary. Over time we can reduce the demand on us – we are doing this by improving our technology and working with partners to intervene early to protect people from harm.  I am sure that we can make further efficiency savings on top of the 1.5 billion delivered since 2010.

Experts tell us that the spate of attacks in the UK and Europe are a shift not a spike in the threat, which will take 20 or 30 years to eliminate. This new normality necessitates an open minded dialogue with Government about how we respond; and our resources have got to be part of the conversation. Sara Thornton

The number of arrests being made by counter terrorism officers in the UK has risen by more than a half in the past year, as the police and intelligences services have continued their efforts to make the UK a hostile place for terrorists.

The arrest figures released by the Home Office, which cover the year up to the end of June 2017, reflect the increasing pace of activity by police across the UK’s Counter Terrorism network as they tackle the current threat.

Senior National Coordinator for Counter Terrorism Policing, Deputy Assistant Commissioner Neil Basu said: “There is no doubt that since March and following the attacks in London and Manchester we have seen a shift-change in momentum. But while the terrorist threat has increased in recent months, so has our activity; reflected by this significant increase in arrests.

“We’re taking every possible opportunity to disrupt terrorist activity – be it making arrests for terrorism offences, intervening where there are signs of radicalisation or working with communities to prevent terrorists operating in their area.

“Police, together with the security services are determined to make the UK as hostile an environment for terrorists as possible.”

Since the Westminster attack in March, there have been six terrorist plots foiled in the UK by police and the UK intelligence community, bringing the number of foiled plots to 19 since June 2013.

The figures also show the broad spectrum of people being arrested in connection with terrorism investigations in terms of age, gender and ethnicity.

DAC Basu added: “The public has a vital role in helping us combat terrorism but what these figures show is that there is no such thing as a ‘typical’ terrorist.

“We’re seeing young and old; women and men; all from a variety of different ethnic backgrounds and communities. It’s therefore important that members of the public remain vigilant in all situations, and report any suspicious activity to police.”

53 police officers flew into Barbados on a Royal Air Force flight along with others delivering humanitarian aid.