Texts That More Than Perplex - Government Outsourcing Takes Another Bashing 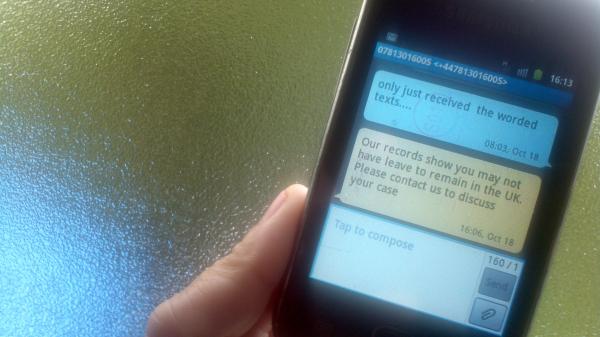 Following the news that two £multi-billion FM and outsourcing providers might find themselves off the Government’s Christmas Card list, another major outsourced contractor is at the centre of a race and data row.

The pitfalls of getting hold of the wrong people and sending them warning texts have caught up with the Government and its outsource provider, Capita

Following concern expressed by the use in a pilot scheme of ‘Go Home’ vans, the government has been confronted with the embarrassment that 40,000 people have been sent warning texts that they were suspected of not having the right to stay in the UK.

The Home Office has used Capita as the outsourced provider to make contact with suspects but there have, according to one source, been 140 complaints, including a human rights campaigner who has been in the UK since 1966. "I came here with my parents in 1966,” stated Suresh Grover. “I was born in East Africa and have a British passport."

Capita won the contract from the Home Office to trace people believed to have outstayed their visas. The message stated: ‘Our records show you may not have leave to remain in the UK. Please contact us to discuss your case.’ A contact telephone number was provided.

The question as to why the data appears to be inaccurate has yet to be answered by either the government or Capita. However, the Labour Party has jumped on both this and the question of the ‘Go Home’ vans with some glee.

"These messages will rightly cause distress and offence to British citizens, many of whom have done much to contribute to our society,” declared David Hanson, shadow immigration minister. “It is simply wrong for this sort of message to be sent by text, and to be so poorly targeted. Yet again, like the offensive and inappropriate ad vans, the government will be using taxpayer's hard earned money to offend and alienate its own citizens."

At the time of going to press, Capita had not responded to a request from ThisWeekinFM for a statement on the matter.

STOP PRESS - It has further emerged that very few ‘innocent’ people called the telephone number contained in the text but far greater than the supposedly guilty. Just one person who had outstayed their permission was daft enough to fess up to it.

Eight kitchen porters who were recently transferred to ACT Clean, as the company took up a contract at a Mayfair members' club, have been suspended after they asked...

Rinnai Operations Director Chris Goggin comments: ŌĆśRinnai welcomes the UK ŌĆ£Heat and Buildings Strategy,ŌĆØ as it outlines a route to a green industrial revolution that enables the delivery of a lower carbon future and achievement of NetZero targets. Click Image To Read More ...