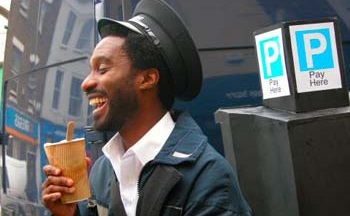 Transport for London is to 'consult' on its plans to increase Penalty Charge Notices for offences on TfL roads and non-payment of the Congestion Charge.

The most hated man in London has been named as TfL's General Manager for Road User Charging, Paul Cowperthwaite. He said: "We are committed to keeping the Capital moving. By improving compliance we help keep junctions and roads clear."

Charges would increase from £130 to £160 or £65 to £80 for early payment - on the receipt of the traditional 'blackmail letter' that accompanies PCNs.

In the past five years there has been a 12% increase in the number of motorists being issued with PCNs. The rise from 1.3 million in 2011/12 to 1.5 million in 2016/17 is a clear indicator that TfL and its ruthless contractors really have upped their game - and can now see even more pound notes by imposing a massive rise.

More than a third of all London's traffic use TfL's red routes. TfL reinvests any money received from the PCNs back into London's transport network for maintenance, reducing danger on the road and funding the Mayor's war on motorists.

Cowperthwaite said: "We are committed to keeping the Capital moving and by improving compliance we help keep junctions and roads clear. The overwhelming majority of motorists follow the rules. However we have seen a steady increase in the number of motorists flouting them so it is clear the current Penalty Charge Notice level is not as effective as it once was."

The consultation is open and will run until November 10, with any changes potentially implemented in early 2018.

The consultation documents will be available to view by Clicking Here