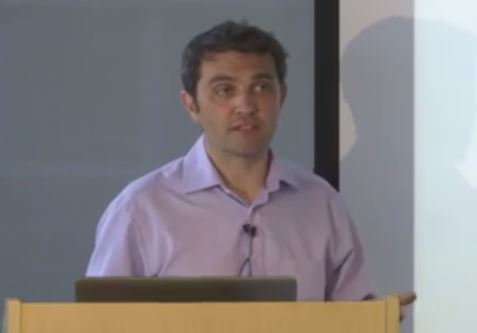 The UN Agreement to reduce the carbon footprint of $100 billion dollars of investment assets as reported recently in ThisWeekinFM (Click here to read story) really is a 'monster' of an agreement and a real game changer, writes Planet First's Steve Malkin. It will have more than significant impacts for the property sector and it will also be a rare occasion that words will have more impact than actions.

The announcement was made by the Portfolio Decarbonisation Coalition (PDC), which is a group of Europe’s largest institutional investors working in partnership with the UN Environment Programme’s Financial Initiative (UNEP FI). The PDC, by making this public commitment to reduce carbon emissions in their own portfolios, are sending a clear message to the market that institutional investors recognise that climate change is an unprecedented risk to global economic stability.

Whilst decarbonising $100 billion of assets is certainly a large-scale carbon reduction, in this case I believe the words will be far more powerful than the action itself. The PDC commitment demonstrates how carbon management and climate change mitigation are inextricably and substantially linked to shareholder value.

According the CDP, who are a part PDC, climate change leadership is a powerful corporate performance indicator for investors who are looking for superior quality management to deliver return on equity (ROE), earnings stability and dividend growth.  The recent CDP report Climate action and profitability is a valuable read in this context.

This is highly relevant to the property sector, which is responsible for an estimated 40% of the UK’s carbon emissions. Here the market pressures are combining with increasing regulation and legislation, including zero carbon homes, Green Deal, Energy Saving Opportunity Scheme and Minimum Energy performance Standards.

Not only is carbon accounting and management an essential indicator of an organisation’s performance there is increasing urgency on reporting and reduction.  The PDC commitment has set an intermediate target for carbon reduction of December 2015, just over 12-months from now.

Urgency is a welcome addition to climate change reporting and reduction where it has been easy for organisations to prevaricate. An investor-led expectation of aggressive target setting will drive and accelerate change.

The timing could not be more pertinent. The World Meteorological Organisation reported in September the fastest increase in greenhouse gas emissions in nearly 30 years.  Now that the economic case for climate action and leadership has been made, perhaps we can look forward to an exciting period of innovation and change.

Sticking the Boot in for Climate Action

On the eve of the opening in Paris of the United Nations climate change conference, widely known as COP21, Secretary-General Ban Ki-moon urged all countries and all...