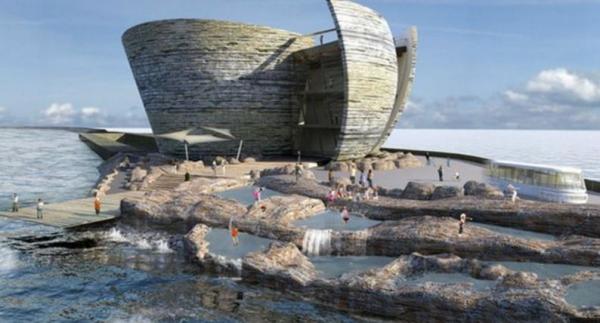 he on-off Swansea Bay Tidal Lagoon took a step closer to finally getting the go ahead in the week ending Jan 13 when a government review recommended stumping up the £1.3 million to build it.

The review was authored by Charles Hendry who says the development could become the model for others and thus make a strong and cost-effective contribution to Britain's energy supply. However, the government has still been given a licence to dilly-dally - as the lagoon project itself does not have a licence yet.

ThisWeekinFM was told by Mark Shorrock of Tidal Lagoon Power (backers of the Swansea Bay Lagoon Project): “This is an exemplar of a well-managed, timely and thorough independent review. We thank Charles and his team for their positive and professional endeavour throughout the process. With the publication of the Hendry Review we’ve hit ‘peak consensus’.

“Home-grown power from the tides, starting at Swansea Bay, is something we can all agree on: communities and investors, conservationists and industrialists, politicians of all persuasions and now an independent government review, all singing from the same hymn sheet.

“Swansea Bay Tidal Lagoon is a vision of how Great Britain can replace part of our ageing power station fleet with low cost, reliable power that also revitalises our industrial heartlands and coastal communities.

“When we pay our electricity bills, we are mostly supporting other countries’ energy industries and other countries’ workers. It doesn’t have to be that way. Tidal lagoons will generate electrons that work for Britain and bring down bills.

“The Hendry Review has set the final piece of the jigsaw in place: a watershed moment for British energy, British manufacturing, British productivity and our coastal communities. We look forward to working with Ministers and Officials to bring this new industry to life.”

Hendry is reported as telling the BBC: "If you look at the cost spread out over the entire lifetime - 120 years for the project - it comes out at about 30p per household for the next 30 years. That's less than a pint of milk."

Picture: The Swansea Bay Tidal Lagoon has come closer to becoming a reality