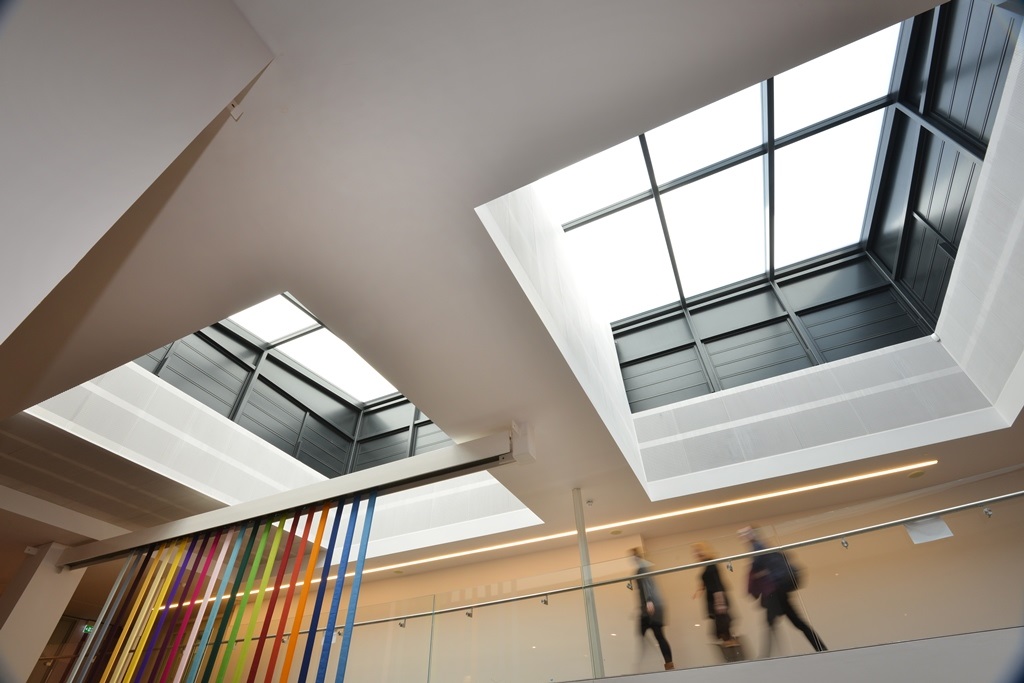 Rooflight manufacturer, Xtralite, has provided rooflights to a popular tourist attraction in the heart of London that has benefitted from a dramatic £23.75 million renovation which has transformed the building and its interior.

The National Army Museum, situated in the heart of the Royal Borough of Kensington and Chelsea, is home to the country’s best collection of army memorabilia and a series of new displays and interactive exhibits tell the story of the British Army like never before.

During the renovation the building has been remodelled and several rooflights were required to be replaced. Xtralite was commissioned to provide bespoke rooflights via the contractor for the project.

Rooflights were chosen due to the thermal values offered and the compliance above and beyond Part L Building Regulations. In addition, detailed specifications were met including a feature rooflight (measuring 11m x 5.86m) in the atrium of the building flooding the area with natural light. It required a cold smoke ventilation openable by fireman switch. This louvre system is tested to EN12101-2 for natural smoke venting, EN12207 for air permeability and EN12208 for water tightness giving building facilities managers and end users complete confidence in the safety of the fabric of the building.

In addition, two X-Span self-supporting monopitch roof lights were commissioned for the Templar Study Centre which will provide a space for learning to be utilised by school visits and students to the museum.