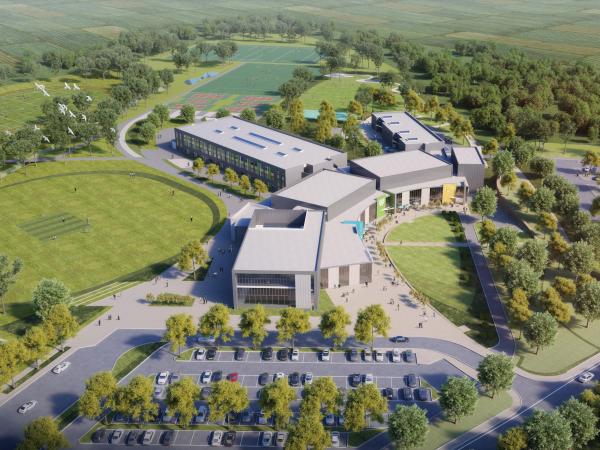 Helical Plc has awarded Skanska a £73 million contract to refurbish 207 Old Street, a mixed use development in London also known as The Tower.

The building is part of a larger scheme called The Bower development on Old Street roundabout and will bring 171,000sq.ft (15,886sq.m) of offices and 7,300sq.ft (678sq.m) of retail space to the Silicon Roundabout area.

The contract involves stripping back the existing building to its original frame, adding three new floors and extending the floor plates by about 15 per cent. The building will be re-clad. New washrooms and two extra lifts installed will be installed.

The scheme is targeting the BREEAM Excellent environmental rating, using sustainable approaches throughout the refurbishment phase and installing water efficient fixtures and fittings for building occupiers.

Willmott Dixon’s has been named preferred bidder for the £46 million landmark project to create a combined schools and leisure campus in Ponteland, north of Newcastle-upon-Tyne.

The project for Northumberland County Council will see the existing Ponteland Leisure Centre demolished and replaced by a much improved facility integrated with a secondary and primary school providing 2,040 places.

The campus, designed by FaulknerBrowns Architects, will be home to a 1,600 place secondary school and 6th form, created alongside a 420 place primary school and nursery.