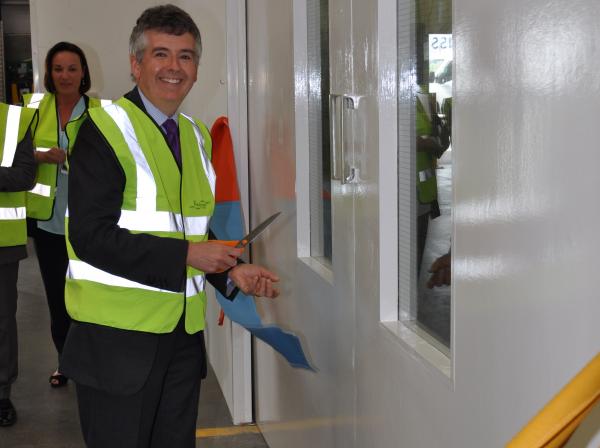 Premier Sustain has launched the Renew Centre with the intention of showing a different model for recycling and the environmental, financial and social benefits of reusing office furniture and equipment.

This recently expanded workshop, based at Premier’s North London Head Office, houses high specification machinery, enabling Premier to remodel, refurbish and repair desks, chairs and other office furniture and restore these assets to an ‘as new’ condition. The company expects to remodel and refurbish at least 5,000 items per annum at the new centre, diverting over 200 tonnes of office furniture back into use, representing a 400 tonne saving in carbon emissions and an estimated financial saving for clients in excess of £200,000 each year.

The expansion of the Renew Centre been supported by the Waste and Resources Action Programme (WRAP) through its capital grant scheme.

The launch event saw a small group of Premier Sustain’s clients and charity partners tour the new facility and see for themselves how good reused furniture can look.  The centre was opened by Guy Stallard, Director of Facilities, KPMG LLP, a long standing client of Premier’s.

“Sustainability is a key challenge for the Facilities Management and Real Estate industries,” commented Mr Stallard. “In the past improving office appearances generated significant waste going to landfill but the opportunity to rejuvenate furniture is good for the environment and good for business.”

He went on to state that giving chairs, desks and other items a new lease of life meant that previously tired and unwanted furniture could now be reused by organisations to improve their office environment.  “This is great for the sustainability profile of our industry as it saves costs as well as reducing our environmental impacts,” he concluded.