The Right Time at the Right The Place 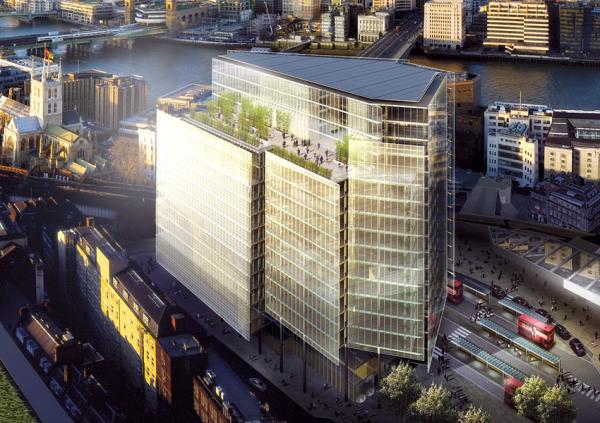 The story behind challenges of occupying a newly commissioned building at The Place London Bridge has been posted on Acorn Integrated Systems' own website - and we've picked it up to share here.

Acorn Integrated Systems (BMS Maintenance) was recently awarded a maintenance contract with Imtech Inviron for the maintenance of the building management system at The Place, the new office development at London Bridge.

The base build BMS system at The Place was designed and installed by Acorn Integrated Systems and was one of the last projects to be completed by the company's former projects division.

AIS was initially tasked with providing the client, Mace, with a 12 month service contract which covered the first planned preventative maintenance schedule, the warranty requirements and completing the project snagging, even providing commissioning works so some of the final parts of the job could be witnessed and signed off.

As the second stage fit-out progressed, Acorn worked closely with the fit-out contractor ISG and their BMS installer to provide assistance where required so that the job could move forward seamlessly and on time.

"There were times when this certainly was a challenge. Being pulled from pillar to post trying to complete snags, commission, have meetings with various contractors and still find the time to undertake the PPM’s. It certainly made the day fly by,’’ says AIS engineer, Matt Smith.

Now as the final floors are being finished and the building occupants are moving in, the hard work put in by AIS is only really just beginning. The contract has moved on from an initial warranty period with typical ‘new build’ issues to now driving forward a full service contract with all that entails. "There will no doubt be challenges to come if the last year is anything to go by but we will be working on site with Imtech Inviron and building what we hope will be a lasting relationship," says Matt Smith.

“The Acorn engineers have shared our operational problems and taken ownership of  the building to endeavour to maintain the standards of such a prestigious building,’’ says John Thurston FM of The Place, London Bridge - watch his video above.

The Right Time at the Right The Place

AIS London Bridge Place Testimonial 960x540 from Cognition Sales and Marketing on Vimeo.   The story behind challenges of occupying a newly commissioned...

Joint MDs of a Midlands FM firm are drinking to a seven figure, three-year deal to work for a major UK pub, bar and restaurant operator. Diamond Facilities Support,...