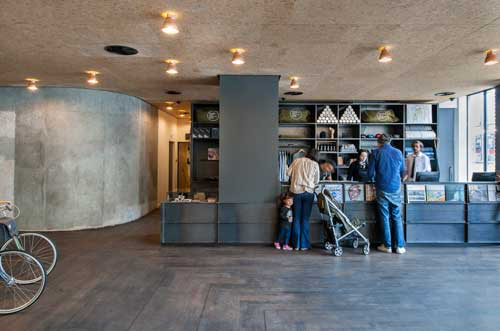 The Wates Group has reached an agreement to acquire Shepherd Engineering Services (SES) and Shepherd FM, together with a significant number of contracts and strategic frameworks from Shepherd Construction Limited.

Wates believes the acquisition of the Built Environment business will enhance Wates’ existing construction and property services offering, unlocking expertise in technical and specialised construction operations and providing a nationwide facilities management portfolio. The deal will also see Wates strengthen its geographic footprint by expanding into new markets in the North and North West.

Wates Group has plans to double turnover to £2bn. It has been on the acquisition trail - it bought the Walsall based Purchase Group in November 2014 to bolster its northern housing maintenance division having developed a southern offering, following the 2011 acquisition of Home Counties based based Linbrook.

The Group will now turn to growing but it already boasts a forward order book of £3bn - up 50 per cent on last year.

“Our investment is expected to deliver an additional £300 million in turnover in the first year of trading, projecting us further towards our £2bn target and making great strides in the fulfilment of our long-term growth strategy.

“We are now preparing to welcome more than 1,200 new colleagues to the business and our immediate priority is to ensure the engagement and alignment of our people, whilst remaining focussed on maintaining our reputation for customer service.”

Today’s announcement follows the agreement of Heads of Terms in May, with the two businesses commencing sale discussions in December 2014.

Shepherd Group will now focus on the remaining parts of the business, including the successful Portakabin Group and the not so successful Shepherd Construction.

An inside source told ThisWeekinFM that the Shepherd Engineering Services and Shepherd FM names will disappear quite quickly and become a Wates Group brand. This morning, (Thurs 1), it was announced that the deal will see Shepherd FM’s immediate integration into Wates Smartspace, Wates’ existing property services for the non-housing market division. Shepherd FM’s portfolio will accompany Smartspace’s existing client base, which includes Lloyds Banking Group, Royal Mail, Parcelforce, M&S and retail landlords British Land and Land Securities, resulting in more than 1,500 projects delivered in 2014.

The new offices provide Westway with greater regional presence and as part of its expansion the company has established a 24/7 service desk in Glasgow.  The service desk operates 365 days per year providing support to customers across the UK and creating 14 new jobs.

Over the last five years Westway has grown from 175 to 563 employees.  The company already has offices in Northampton and Bristol, with its head office in South Ruislip, west London.

Despite the upheaval of its parent company going into bankruptcy, Imtech Inviron has been awarded a contract extension until 2017 by the University of Lincoln, enabling its site based team to continue supporting the facility through a period of rapid growth. Since 2009, the university has invested more than £150 million in its Brayford Pool Campus.

Business Manager, Martin Bettison, commented: “By adapting to the changing requirements and priorities of the contract we have risen to the challenge of an expanding student population and increasing portfolio. The estate size has grown from 67 buildings in 2011 to 82 in 2014.”

The news comes shortly after the university announced new capital investment of £130 million.

A five-year deal worth £40 million with Thales UK, part of Thales, a global technology leader for the aerospace, transport and defence and security markets has been won by Mitie.

It will see the delivering of integrated facilities management services across the client’s entire UK estate which consists of 12 key sites.

“We have selected Mitie as our preferred UK IFM supplier as the company has demonstrated the best in class tools, processes and technology required to drive value into our FM supply chain, thus creating a competitive advantage for our business,” explained Rob Lucas, Director of Real Estate, Thales.

Sodexo has been awarded top rated company in its sector on the Dow Jones Sustainability Index giving the Group 11 consecutive years of recognition in sustainability and the number one consumer services company for the second year in a row.

DJSI is claimed to be the longest running global sustainability benchmark worldwide and the key reference point in sustainability investing for investors and companies alike.

The 258-bedroom Ace Hotel London is situated in the increasingly ‘desirable’ neighbourhood of Shoreditch. The hotel features an art gallery, a basement bar with live music and DJ sets and a modern brasserie.

The one-year rolling contract commenced at the beginning of this month and Servest staff will provide a full housekeeping managed service, including bedroom cleaning, linen porterage, night public area and event cleaning and kitchen cleaning.

The FM company has been awarded the entire housekeeping portfolio which had previously been delivered by several companies.

Picture:    The 258-bedroom Ace Hotel in London’s Shoreditch area will have full housekeeping services to the East London hotel provided by Servest.