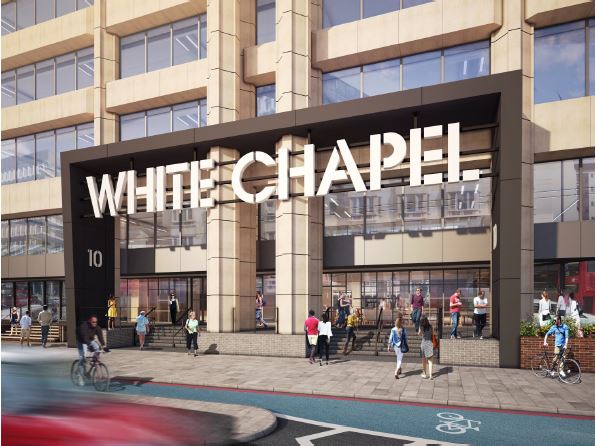 This refurbishment, totalling 185,000sq.ft has attracted a range of businesses including media, professional services and shipping. All are on ten-year leases, with 59% subject to a five year break and half subject to minimum rental uplifts on first review. The average rent free period is 8 months for the two leases where there are tenant breaks, rising to 17 months if no breaks are exercised.

John Burns, Chief Executive Officer of Derwent London, said: “We are very pleased to introduce four new occupiers to our portfolio, three of which signed leases after the EU referendum. Their broad spread of activities and commitment is an endorsement of our strategy of creating a mid-market rental product in this significantly improved area on the eastern side of the City and the Tech Belt.”

The co-working space will house up to 150 entrepreneurs and provides the necessary tools to run a business successfully. The fully-furnished mi-HUB will include a variety of facilities including boardrooms, private offices and meeting areas. Hot desking starts at just £99.00 per month and permanent desks from £329.00 per month.

Dos Santos wants to help one million migrant entrepreneurs in the next ten years. He said, “Recent research in Stratford, London showed that the three key issues that migrants face when starting or running a business is a lack of network, lack of knowledge and lack of funding."

The co-working space will be hosting its first event, The Migrant Business Show, on Wednesday 27 July 2016.