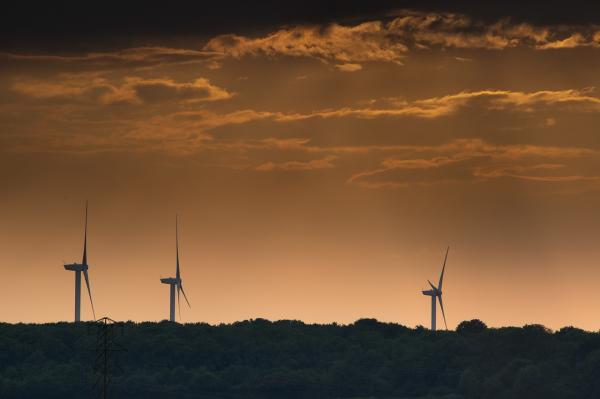 Wind generated more energy in the UK throughout 2016 than coal from power stations. In my book, that’s a big fat ‘wow’ and I and my business partners certainly hope and believe that it is a sign of things to come.

In fact, we’re confident 2017 will be the year renewables, which have already made their mark on the energy map, embed themselves into the hearts and minds of British consumers and business.

This potentially marks a massive turning point in the UK’s history of energy generation as leaving fossil fuel on the backburner, as it were, is not just a real possibility but a reality.

Carbon Brief (.org) figures show coal accounted for 9.2% of UK electricity last year compared to 11.5% from wind, with the decline in coal seeing its output fall to the lowest level since 1935. In 2015 coal generated electricity accounted for 22.6% of the UK’s usage. The fall also meant CO2 emissions from UK power generation also fell by around 20% and its contribution means overall CO2 emissions reduced by 6% for the year.

Whilst Carbon Brief utilises a range of sources to undertake its own analysis, the Department of Business, Energy and Industrial Strategy will publish its own figures at the end of March and it will be interesting to see how they compare.

The rise in wind generated electricity reflects the changing character of the National Grid as increasing numbers of smaller energy producers, many of which generate energy from renewable sources, feed into the grid with a reduced amount of energy coming from centralised power stations.

As more solutions to managing volatile sources of energy such as wind and solar (if the wind doesn’t blow and the sun doesn’t shine producing energy is compromised) are developed including storage, we can expect to see fossil-fuel generated energy fall further.

Other factors such as the price of coal and gas on wholesale energy markets have also played their part as well as the cost of the UK’s top-up carbon tax called the Carbon Price Floor which doubled from £9 to £18 per tonne of CO2 in April 2015 which has been significant in showing coal the door. In March last year coal generation fell to zero for the first time since a public electricity supply was first launched in 1882 followed by wind generating more energy than coal for the first time in April.

Solar puts coal in the shade

Solar also generated more energy than coal in April last year and went on to maintain its lead over coal in six months from April to September last year.

With coal generation down 59% in 2016 compared to 2015, it’s not surprising we are sourcing more of our power from renewable sources However, the drop in coal output was largely filled by gas generation which was up 45% in 2016 year-on-year although energy from coal and gas combined has fallen 38% since 2010. Since 2010, the 68% of the reduction in electricity from fossil fuel has been replaced by low carbon sources, mostly renewables with another 22% made up of imports and the remaining 10% a result of reduced consumption.

It has resulted in CO2 emissions from UK electricity generation falling by almost half in 2016 compared to 2010 with 20% of that decline taking place in 2016 alone.

Three coal-fired power stations were closed last year and the UK’s remaining plants are due to close by 2025.

Increasingly, my company is offering tariffs from energy providers which source power from renewables and non-fossil fuel providers. One of our biggest providers is SSE which has a strong renewable portfolio. We are also seeing more companies implement a strategy to reduce energy consumption and the fact that it accounted for 10% of our reduced fossil-fuel energy consumption is gratifying. We expect to see more companies adopt such an approach in 2017.

Vattenfall has decided to invest more than £300 million to build Scotland’s largest offshore wind test and demonstration facility which had previously been...