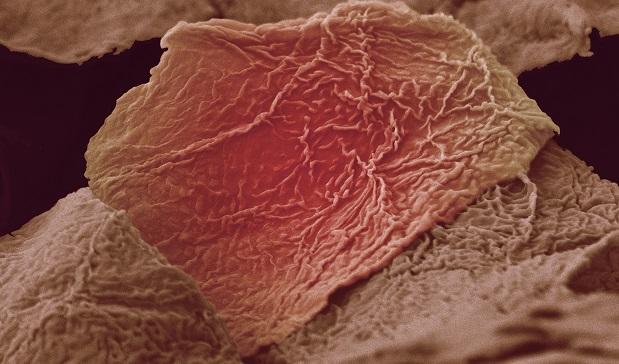 As the Met Office warns that temperatures could climb even higher than first forecast, Cancer Research UK has revealed  that skin cancer rates have rocketed by 45% in 10 years.

Melanoma skin cancer incidence rates have soared since 2004 according to the latest figures released by the cancer charity.

“While some might think that a tan is a sign of good health, there is no such thing as a healthy tan," said Michelle Mitchell, Chief Executive of Cancer Research UK. "It’s actually your body trying to protect itself from harmful rays."

Mitchell continued: "These statistics highlight the importance of our Own Your Tone campaign, which encourages people to embrace their natural skin tone and adopt sun-safe behaviours.”

Heatwave for much of the UK

Temperatures will climb through the week, the Met Office again reported on Tuesday July 23, potentially reaching record breaking levels by Thursday with 38°C possible in the south-east of England.

Heatwave thresholds are expected to be met across wide parts of the country with high temperatures persisting for three days or more.  30.5°C was reached in Cavendish in Suffolk on Monday and as warm air continued to push up from the Continent.

There will be widespread sunshine and thus the risk of burning for those who work outside and for those taking a break outside of the workplace.

Employer groups have warned that employees that work outside should be given sun block protection and access to water. Men should not be allowed to remove their shirts. Women should be advised to apply sun block to their legs if not wearing trousers.

Employers should also encourage staff to use appropriate sun block when taking outside breaks - and beyond to evenings and weekends sunbathing.

Rates have increased by more than a third (35%) for women and by almost three-fifths (55%) for men. Higher rates are found on the torsos of men and the legs and arms of women.

Cancer risk generally goes up with age and while melanoma is still more common in those over 65, rates for 25-49 year-olds have increased by 70% since the 1990s.

The cancer figures have been released to mark the launch of Cancer Research UK's Own Your Tone campaign which encourages people to embrace their natural skin tone and protect their skin from too much sun.

Karis Betts, Health Information Manager at Cancer Research UK, said: “Sun safety is not just for when you’re going abroad, the sun can be strong enough to burn in the UK from the start of April to the end of September, so it’s important that people are protecting themselves properly both at home and further afield when the sun is strong. We want to encourage people to embrace their natural look and protect their skin from UV damage by seeking shade, covering up and regularly applying sunscreen with at least SPF 15 and 4 or 5 stars.”

When the sun is strong, according to Cancer Research UK,  it is important to remember three pieces of key advice:

For more information on sun safety, go to cruk.org/ownyourtone

Heatwaves are extreme weather events but research shows that with climate change they are likely to become more common, perhaps occurring as regularly as every other year.

A Met Office study into the UK heatwave last summer showed that it was 30 times more likely to occur now than in 1750 because of the higher concentration of carbon dioxide (a greenhouse gas) in the atmosphere. The Earth’s surface temperature has risen by 1°C since the pre-industrial period (1850-1900).

Chief Meteorologist Frank Saunders said: "There is a real possibility of records being broken in the week commencing July 22 , not only for July but also all-time records.

"As well as high temperatures during the day, overnight temperatures will also be notably warm and could also break records. Conditions will feel much more comfortable for western parts of the UK by the time we get to Friday."

The early hours of July 24 saw a National Severe Weather Warning issued. Much of the country is at risk of seeing more heavy thundery showers through the week.

By Thursday temperatures are expected to peak with 38°C possible in south-east England but 35°C possible as far north and west as Manchester and Birmingham.

Temperatures are expected to return closer to normal as we head through the weekend as the weather becoming more unsettled with an increased chance of showers for many.

Picture: Melanoma skin cancer incidence rates have soared by 45% since 2004 according to the latest figures released by Cancer Research UK.