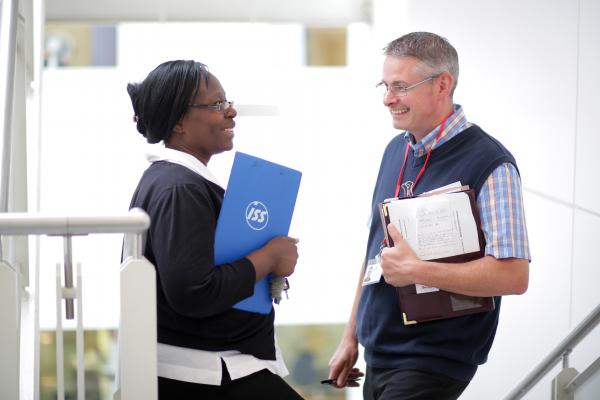 ISS Facility Services has launched I can at ISS, said to be a fully integrated programme that has received the full backing by the BIFM and which can be used by all company employees at every stage of their career.

The five-stage training and development framework has been structured to be suitable for all staff, from first day entrants to those wanting to have a long term career path with the company.

“It’s an amazing piece of work that has been undertaken by ISS and because it is a BIFM endorsed scheme the content has been mapped against proven international standards, so the skills are transferable,” explained Linda Hausmanis, Director of Education, BIFM.

ISS started with its frontline people because it was felt they had the biggest impact on customers and clients. I can at ISS was first introduced in the ISS Public Sector side of the business and is being implemented across all the remaining ones. “In one of the Healthcare pilot sites we witnessed improvements on one of the wards which achieved a 100% audit for the first time – both the service manager and the healthcare audit team identified improved performance (as a result of the pilot) as a key driver in the score,” said Jane Leeming, Director of Learning and Development, ISS UK & Ireland.

The training programme has already been shortlisted by the Chartered Institute of Personnel Development (CIPD) for the prestigious CIPD People Management Awards 2015.

Picture: The can do approach from ISS Facility Services has got the company BIFM endorsement and a shortlist for CIPD awards for this year

The British Plastics Federation’s Education & Skills Committee has issued its Skills & Education Report highlights the skills and training needs within its...