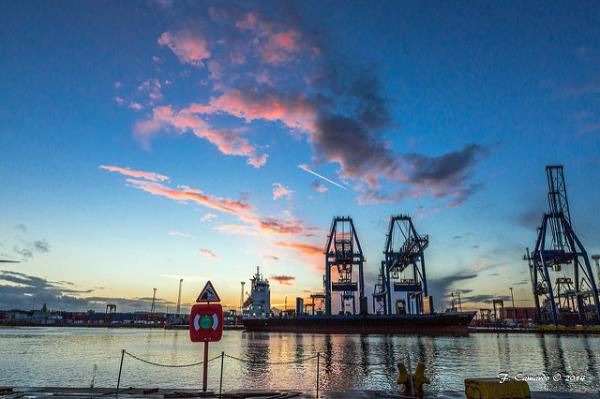 A London construction firm, Leyland SDM (LSDM), has been fined after four workers fell more than three and a half metres whilst carrying a ventilation unit.

Westminster Magistrates Court heard how LSDM had been in the process of redeveloping a warehouse in Wembley. However, when four workers tried to move a ventilation unit into position, the working platform became overloaded and gave way. Neither the work at height nor the lifting operations were planned properly. Two of the four injured men suffered leg fractures, while a broken collar bone were among the other injuries caused by the incident.

A Health and Safety Executive investigation found the company failed to manage the risks when working at height and carrying out the lifting operation. The company also failed to have the right level of trained personnel and supervision in place to carry out these tasks safely and effectively.

LSDM pleaded guilty to breaching the Work at Height Regulations and the Manual Handling Operations and were fined £450,000 and ordered to pay costs of £1038.

Although in a domestic setting, an estate agents' fine will serve as a warning with regards to site safety after member of the public fell down a well.

Swindon Magistrates Court heard how, during an open house viewing the prospective buyer stepped onto a wooden board which was covering a well. The board gave way and she fell 30ft down the well, where she became submerged by water. A hosepipe was thrown to the woman and she managed to secure it around her waist it was another hour before she was rescued. The incident left the victim with head injuries, including concussion but also suffering from post-traumatic stress disorder.

An investigation by the HSE found the estate agents had been warned about the well and the board that was covering it did not look safe. The company did not properly investigate if there was a risk of people falling down the well when they were viewing the property. They were fined £200,000 and ordered to pay costs of £2,474.

Speaking after the hearing, HSE inspector Matthew Tyler said: “This incident could have easily become a fatal tragedy. If, when warned, of the unsafe well the company had properly checked to see if it was secure the trauma this individual has gone through could have been prevented.

"Employers must check the risks associated with their work to protect their workers and members of the public they have contact with. Once they have identified any risks they can take practical steps to control them.”

London Container Terminal (Tilbury) Limited (LCT) has been fined after a worker was seriously injured when the ‘straddle’ carrier he was driving overturned at Tilbury Docks.

Basildon Crown Court heard that on 16 November 2014 a worker inadvertently drove his straddle carrier into a large excavation at the docks. The court was told that looking down from his cab, the driver did not see the road cones, small flashing lights or the ticker tape around the excavation because it was dark and the weather conditions were poor.

The straddle carrier, a vehicle used in the port terminal for stacking and moving freight shipping containers, toppled over. The worker suffered life changing injuries, his head wound required 29 staples to close and he continues to suffer from post-traumatic stress disorder.

An investigation by the HSE found the precautions taken by LCT were wholly inadequate to prevent the vehicle from being able to enter the excavation. The court heard that all of the straddle carrier drivers working in the vicinity of the excavation had been exposed to the risk for several days during the course of the excavation works.

LCT pleaded guilty and been fined £180,000 and ordered to pay costs of £73,296. London Container Terminal ceased trading in December the fine will be paid by the Port of Tilbury (London) Limited.

Company fined for not managing contractors

Bus company Go Ahead London has been fined £600,000 and ordered to pay costs of £78,531after worker was killed when he fell from a ladder.

Southwark Crown Court heard on 26 May 2011 the worker was using a ladder to access the top of a fuel tank when he fell two and a half meters backwards, suffering fatal head injuries.

An HSE investigation found the company did not implement and keep to their own procedures for managing contractors. As a result they failed to manage their contractors effectively and ensure that they conduct work in a safe manner.