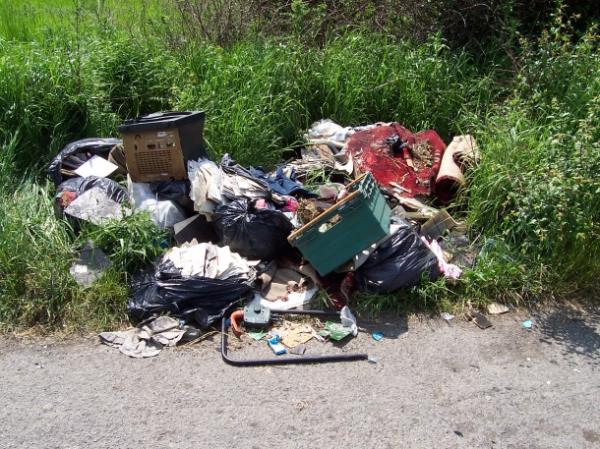 Business security systems company, AlertSystems, has responded to news that CCTV has captured footage of someone illegally dumping household waste at an industrial estate in Kent. (Picture with thanks to Barnsley Council which is used for illustration and is thus not from the scene.)

The surveillance cameras at Bartrams Farm Trading Estate in Otford, near Sevenoaks, filmed images of the fly-tipper as he attempted to dispose of the rubbish after dark.??

Footage of his red pick-up truck was recorded by the CCTV security system as it arrived at the estate with a full load, only to leave empty about 30 minutes later.?Site workers found piles of household waste including carpets and seats left by one of the skips the following day.??

A review of the recording on the CCTV hard drive from the previous night revealed the identity of the offending vehicle and it has now been handed to the authorities.??

The incident comes as courts in the UK have recently been given sentencing guidelines for dealing with fly-tipping offences.?For the first time, judges and magistrates now have the authority to pass sentences that are appropriate to the environmental harm and public outrage generated by the crime.??

In this particular case, it could mean a fine of up to £95,000 if the driver of the pick-up truck is found to be running a small-scale waste disposal business and failing to get rid of it legally.? Alternatively if he is a householder dumping his own waste, his punishment could extend to a three-year custodial sentence.?In both cases, he will also be responsible for paying the costs for clearing up the crime.??

AlertSystems believes that this incident proves how important business security systems are for protecting premises.?A spokesman for the company stated: “The fly-tipper in this case clearly thought that by dumping the waste at the trading estate after dark he would escape detection. But the timing was irrelevant because of the CCTV security system in operation at the estate, which recorded vital footage of the incident.??

“Business security systems are so important because they enable premises to be monitored around the clock.”

City of Westminster takes the top spot for gaining hefty fines in commercial fly-tipping fees for the past three years. Every year fly-tipping costs the UK...