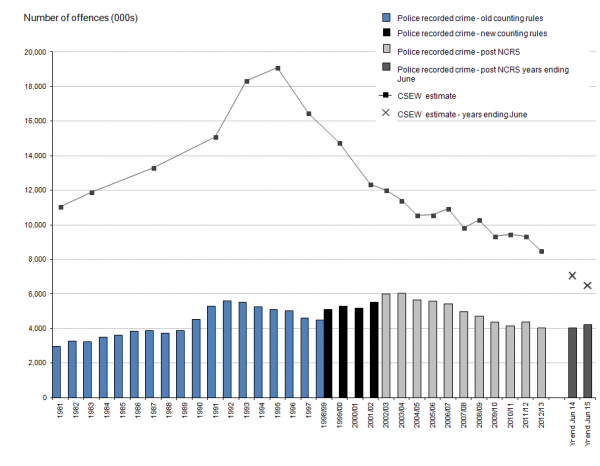 The City of London Police and the National Crime Agency are calling for help to catch ten wanted fraudsters who are linked to over £20 million in fraud losses in the UK and abroad.

The ten have been identified through the work of the Joint Fraud Taskforce, an initiative launched by then-Home Secretary, Theresa May in February this year that brings together law enforcement agencies, the financial sector and Government to fight criminals who prey on UK businesses and the public at large. The taskforce has been charged with creating a new era of collaboration, resulting in greater shared intelligence, a unified response to and greater awareness of, the risk of fraud in the UK.

The wanted fraudsters have been identified through the Collective Response area of the Taskforce’s work. This work is jointly led by the City of London Police, in its role as lead force for fraud, and the National Crime Agency.

The ten are being investigated by police forces and Government departments across all areas of the UK and show the scale and breadth of the fight against fraud including how criminals use the internet and global financial systems to commit their crimes and then launder the criminal proceeds.

Law enforcement is working with the banking sector not only to initially freeze then seize their assets but also help investigators trace them.

The internet has allowed criminals to target people in the UK from anywhere in the world while also enabling them to mask or hide their identity.

The ten were being showcased ahead of the publication of the Crime Survey of England and Wales on Thursday (21 July) which showed that fraud is the most prevalent crime in the UK. These are the first full year results that contain questions on fraud and cyber crime. The interim results published in October 2015 indicated that there were 5.2 million frauds and 2.5 million cyber crimes.

Donald Toon, Director of the NCA’s Economic Crime Command, said: “The annual losses to the UK from fraud are estimated to be more than £190bn. Behind this headline figure lie the actions of criminals like the wanted fraudsters highlighted in this appeal, who have caused distress and loss to people and businesses up and down the country.

“Law enforcement cannot tackle this problem alone. It is only by working together, individuals, law enforcement, Government and the private sector – using structures like the Joint Fraud Task Force – that we can protect the UK against fraud."

The Joint Fraud Taskforce is:

Building a collective understanding of the threat from fraud, including how fraud is enabled.

Empowering people to protect themselves from fraud through innovative and targeted campaigns.

Helping to support those who have already been targeted by fraudsters or those who could be at risk in future.

Closing down loopholes and vulnerabilities that allow fraudsters to operate.

The Taskforce brings together law enforcement including City of London Police, National Crime Agency, Metropolitan Police Service, and Dedicated Card and Plastic Crime Unit; The Financial Industry including Financial Fraud Action UK, British Bankers Association, Cifas and the UK’s banks, card companies and wider financial institutions who are contributing both through their Trade Associations and as individual companies; and the Home Office for the Government.

Alex Mckenzie who is just 33 is a serial fraudster wanted for defrauding the elderly, former partners and a number of banks of over £300,000. In order to perpetuate his frauds, and deceive former partners, McKenzie claimed to work for MI6 and even provided forged documents, uniform, and identification of his various pseudonyms. Mckenzie is also wanted for diverting approximately £30k into his own bank account whilst working for the accounts department for a large multinational company.

Sandeep Arora is wanted in connection with the evasion of over £4.5 million VAT and Film Tax from HMRC. He made VAT and Film Tax claims for films entitled Billy the Beagle, London Dreams, Kuan Bola, Aagosh, Trapped and Kia the Dream Girl but they either didn’t exist at all or he had no involvement with them.

Levi John Coyle is wanted by the City of London Police for orchestrating a boiler room fraud (selling fake shares and defrauding investors out of £700,000) for which he was found guilty of despite failing to appear at court.

Marius Lucian Anton is a Romanian national wanted by Cheshire Constabulary for committing multiple ATM offences. Anton has used card skimming devices which he has attached to supermarket ATMs to extract and clone credit cards.

Detectives in Greater Manchester want to question Felix Rooney, who also goes by other names including Michael Hannon and Martin Connors, after a 72-year-old man paid tens of thousands of pounds for building work on his home.

Adam Stagg is a British man who is believed to be living in the Philippines is wanted by police in connection with a £20,000 fraud where victims have been duped into paying hundreds of pounds for designer and luxury watches they never received.

Alexia Thomas is a 43-year-old woman from Nigeria is believed to have been involved in the fraudulent supply of immigration documents is wanted by UK authorities. Her services were advertised online and asked for correspondence to be sent to PO Box address. The documents, which were sold for around £300 each, were supposedly provided by major political organisations such as ‘The Independent Diplomatic Commission’ or ‘Commonwealth Liberation Party’ with some even claiming to have paramilitary wings. These documents were then presented at courts across the UK by individuals looking to be granted British Citizenship. However, when further checks were made it was clear that none of the organisations existed and the documents were fakes.

Faisal Butt of Lahore, Pakistan is wanted by The Dedicated Card and Payment Crime Unit (DCPCU) for conspiracy to defraud after compromising over one hundred customer bank accounts, which resulted in the customers having hundreds of thousands of pounds being taken from their bank accounts. Multiple banks were targeted by Butt and his criminal colleagues.

Bayo Lawrence Anoworin is wanted for defrauding the NHS and Guernsey of over £12 million. He is also wanted by Lincolnshire Police in connection with fraud offences and money laundering.

Naeem Ahmed is a criminal who has stolen brand new mobile handsets worth £40k by using fraudulent payment details whilst posing to be a genuine customer. He is wanted by Hampshire Police.

A man who defrauded the Department for Education out of over £1 million has been jailed. Edward Fowkes Chapman was sentenced on Wednesday 15 June to three years and...