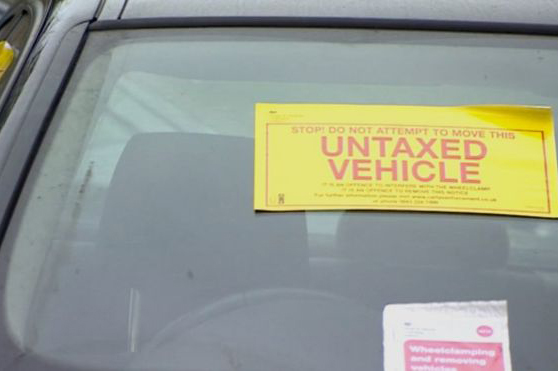 Drivers have been warned about ‘forgettable fines’ after a van leasing firm found many customers accidentally incurred penalties for failing to remember certain motoring responsibilities.

The team at LeaseVan.co.uk delved into the driving duties that are most likely to slip motorists’ minds and cause them to be fined.

Road tax has become a particular bugbear since 2014, when the abolition of the tax disc made it harder to remember the renewal date.

Other fines that many drivers overlook include seatbelt offences and failing to register a vehicle as being off-road – meaning it is still subject to insurance and tax laws.

Another common error was forgetting to renew driving licences – both the photocard, which needs updating every ten years, and lorry licences.

Drivers aged 45 or over with lorry, minibus and bus licences need to update them every five years. Annual renewal is required for drivers aged 65 and above.

Tim Alcock of LeaseVan.co.uk said: “It can be hard to keep on top of all your responsibilities as a driver, but it’s crucial.

“For example, the DVLA has said that the number of drivers who have been clamped for not paying road tax has more than doubled since the tax disc was abolished.

“You can get hefty fines for not staying on top of your motoring costs or paperwork, and unfortunately forgetting them isn’t an excuse.

“We don’t want anyone, hardworking tradesmen or other motorists, to find themselves in hot water because of a genuine memory lapse.

“So we urge everyone who uses the road to take a look at our most ‘forgettable’ fines and be sure that they’re on top of all of them.”

The seven most ‘forgettable fines’

It’s easy to forget something that only needs to be done every ten years, even though you should receive a reminder. But it’s a legal requirement and if you don’t, you could be fined up to £1,000.

Road tax (or Vehicle Excise Duty) has been easier to forget since tax discs were abolished, but it’s as important as ever. You could be fined up to £1,000 for driving an untaxed vehicle.

You don’t need to tax or insure a vehicle that is being kept off the road, but you do need to register it for a Statutory Off Road Notification (SORN). If you don’t, you’ll automatically be fined £80 for not having a SORN. And you could be prosecuted and fined up to £2,500 if you drive it on a public road anywhere except to or from an MOT or other testing appointment.

You must register your vehicle as SORN is it isn’t taxed, or isn’t insured (even if this is only for a short time, for example because of a delay in policy renewal).

Not insuring an off the road vehicle

Most people are well-aware of the legal requirement to insure a vehicle, but may think it’s unnecessary if it’s being kept off the road. Without a SORN, however, the vehicle needs to be insured – you could otherwise get a fixed penalty of £100, a court prosecution with a maximum fine of £1,000, and the vehicle could be clamped, impounded or even destroyed.

Driving without an MOT certificate

This could land you with a fine of up to £1,000. The only time you can drive without valid MOT is on your direct way to the test centre. Don’t stop anywhere en route.

There are some circumstances, such as while you’re reversing, when you don’t need to wear a seatbelt. But generally, if there’s one fitted to your seat then you must use it or risk a fine of up to £500. The fine also applies to drivers if a child under 14 is not in the right car seat or wearing a seatbelt.

Commenting on new government figures that show an increase in car tax evasion, and the possibility of lost tax revenue totally £107 million in just one year, RAC public affairs manager Nicholas Lyes said: “These figures are extremely concerning. Clearly, since the tax disc was abolished in 2014 there has been a significant increase in untaxed vehicles on our roads, with the figure now in excess of three-quarters of a million. This latest data suggests it is now costing the Treasury more than £107 million in lost revenue over a full year – higher than in any year since 2007. The Treasury noted that abolishing the paper tax disc would save £10 million, however it is now seems the changes are proving extremely costly.

“It appears that having a visual reminder was an effective way to prompt drivers into renewing their car tax – arguably more drivers are now prepared to try their luck and see if they can get away with not paying any vehicle tax at all or are simply forgetting to tax their vehicle when they are due to. What’s more, a third of untaxed vehicles were those that changed hands which is a strong indication that many drivers are still not aware that tax does not carry over when ownership changes."

Don’t get fined for de-icing your car

On cold and frosty mornings, it's tempting to start up the car and head back inside, letting it running with the heater and demister on, waiting for the windows to defrost. But did you know that doing so could potentially land you in hot water?

That’s because leaving the engine running on a vehicle parked on the public road is an offence under regulations 98 and 107 of the Road Vehicles (Construction and Use) Regulations 1986, which reinforces rule 123 of the Highway Code.

Rule 123 of the Highway Code

If you fail to turn off your engine when instructed, you may receive a fixed penalty notice of £20, which will increase to £40 if unpaid within a specific timeframe.

Do note, the crucial element of the wording is the reference to 'public road', which means it is not an offence to leave your engine running on private land, such as a driveway.

Whether you are on a public road or on your driveway if you need to de-ice your car, leaving it running with the engine on is never a good option. Earlier this year, four cars were stolen in West Sussex in just one morning after they had been left running with the keys in the ignition. Each owner was inside the house while they left the car to warm up.

A police spokesperson said: "It's an open invitation to opportunist thieves and they're gone in seconds. Exclusion clauses in many insurance policies may also mean that insurance is invalidated and it could turn out to be a very expensive demisting.

"That said, be patient and don't be tempted to drive without making sure that you have cleared windows and mirrors to ensure that your journey will be safe for you – and safe for other road users."

Can you get fined if you don't de-ice your car?

Yes, you can get fined for that as well.

The driver must by law have a full view of the road and traffic ahead of the motor vehicle, so it is well worth taking the extra time to fully clear your windscreen and your mirrors too.

Failure to properly clear the windscreen of snow or ice could result in the driver receiving a fixed penalty notice under the CU20 penalty code.  Using a vehicle with parts or accessories in a dangerous condition could result in a fine of £60 and three penalty points. Simply removing the ice from the driver’s side of the windscreen is not enough –  you must de-ice the entire area, using the wipers when the ice has melted.

Picture:  Untaxed vehicles are on the rise especially at the point of transfer from one owner to another