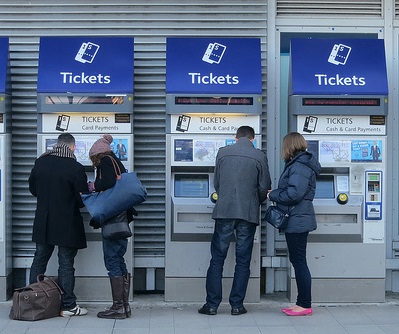 The Office of Rail and Road (ORR) is calling on train operators to refund passengers after its new research showed that overall 1 in 5 mystery shoppers selected a more expensive ticket than necessary or were at risk of a penalty fare when using a ticket machine.

Two thirds (65%) of ORR’s mystery shoppers did not see any information on the type of tickets which could or couldn’t be bought on the machine.

57% of mystery shoppers reported the ticket machines did not explain the times when peak and off-peak tickets could be used for travel.

Almost a third of mystery shoppers (32%) reported no information on ticket restrictions or validity was provided on the machine.

ORR is therefore calling on train operators to introduce a price guarantee, refunding passengers who find that they could have bought a cheaper ticket. This is necessary to build trust and demonstrate they are responding to passengers’ needs.

The Rail Delivery Group (RDG) launched a 10 point plan to improve ticket machines in January last year, committing in February 2017 to complete it by the end of the year. We want to see improvements in place for passengers as soon as possible, and have asked RDG to make clear what it expects to be delivered, by whom and when, in the short term to address the issues our research identifies.

John Larkinson ORR’s Director of Railway Markets & Economics said: "Everyone travelling by train should be able to buy the most appropriate ticket for their journey. Despite investment in new technology and the removal of jargon from ticket machines, our new research shows passengers may be paying more for their journey than necessary."

Picture: Train ticket machines are confusing and not offering best value to all