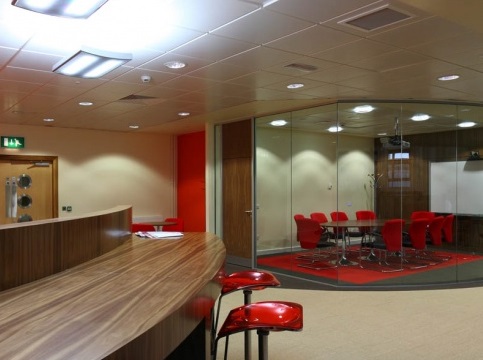 The official opening of a landmark project with the University of Strathclyde has been recognised as a successful revitalisation of one of the university's key seats of learning.

As part of a major investment to transform the James Weir building, Taylor and Fraser was appointed to undertake the comprehensive construction and engineering work.

This involved undertaking work in the Department of Civil and Environmental Engineering, which saw the installation of new mezzanine floors within the building and the creation of new research laboratories and teaching areas.

The building was seriously damaged by fire in 2012 which meant that major structural alterations were required. Replacement mechanical and electrical services were also needed as well as the construction of new plant rooms.

"The James Weir building is most important to the university and it was imperative that the damaged area was not only brought back to life but was ready to meet the challenges of the future,” explained Scott Taylor, Chairman, Taylor and Fraser. "Throughout the project we worked very closely in partnership with the university, particularly to ensure that the parts of the James Weir Building which remained in use were able to do so with no disruption.”

Pictured: Taylor and Fraser undertook major work for the University of Strathclyde’s James Weir building with the installation of new mezzanine floors within the building and the creation of new research laboratories and teaching areas

King Of The Castle For Dirty Rascals

Rinnai continuous flow and solar panels have replaced a stored hot water system at Peckforton Castle - an historic home repurposed as a popular luxury hotel and...