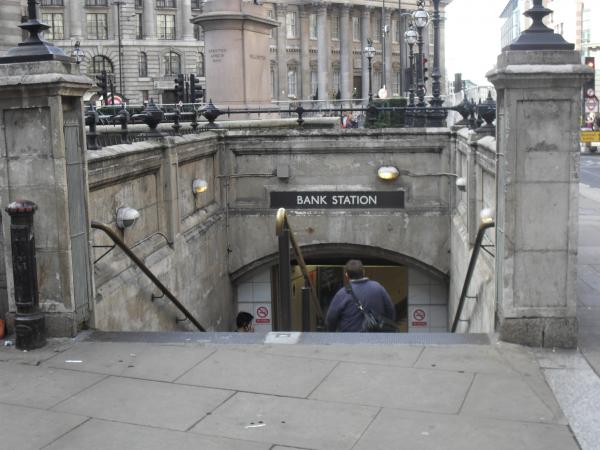 Boris Johnson, Mayor of London and Transport for London (TfL), has launched a public consultation to seek views on the extension of London Underground's Bakerloo Line, which could run from Elephant & Castle towards New Cross, Lewisham, Bromley and Hayes.

It is estimated that once the relevant permissions are received and necessary funding secured, that construction would commence by 2023 and be completed during the 2030s.

With the capital's population expected to reach 10 million by 2030, Johnson believes the extension is vital to help support anticipated growth in south London by providing improved transport infrastructure and enabling regeneration in a number of the Mayor's key Opportunity Areas. "As London's population continues to rise it is essential that we expand the transport network in this way if we are to meet Londoners' needs and ensure our city's continued competitiveness and success," stated Johnson.

As well as providing quicker, more direct journeys into central London, extending the Bakerloo line would also release capacity on the national rail network, enabling more services to operate from other destinations and helping to reduce overcrowding on National Rail services into London Bridge.

The extension would also play a ‘key role’ in helping to deliver much-needed and wider improvements in South London, including new frequent and high quality 'metro' style services that would eventually be operating in all parts of the capital.

Two routes for this have been identified. One is via the Old Kent Road to support major development plans for this area. The other route option being consulted on would go via Camberwell and Peckham. Beyond Lewisham, the line could then link on to the existing Network Rail line using the South Eastern rail line to Beckenham Junction and Hayes via Ladywell and Catford. Finally, there is also an option to extend the line further on to Bromley town centre.

The cost of the extension is estimated at up to £3 billion and TfL would work with the London boroughs involved along the route of the extension to explore opportunities for generating funding for the extension from new development. The public consultation will run from 30 September until 7 December 2014.

The contract, part of a £57 million major redevelopment at the Bank/Monument interchange, will provide a new step free entrance at the station giving passengers direct access to the Waterloo and City Line from Walbrook Square.

Bank station currently serves 98 million passengers per year and is one of London's busiest Tube stations.

The Waterloo & City line station 'box', which is being built by contractors working on media firm Bloomberg's new European headquarters, is an underground structure that will enable the subsequent installation of four new escalators, two new lifts and a new ticket hall. Bloomberg's contractors will hand over the box to London Underground next summer, with the final fit out scheduled to be completed by the end of 2017.

David Waboso, London Underground's Director of Capital Programmes, said: "The award of this contract is an important step on our journey to deliver a bigger and better Bank station that can meet the challenge of increasing demand and help to provide quicker and easier journeys for customers. The step-free Waterloo & City line entrance and ticket hall, with new escalators and lifts, form a key part of our upgrade plans for Bank, one of London's busiest stations."

To achieve planning consent for its new European headquarters building, Bloomberg agreed to work in partnership with London Underground to help increase the capacity at Bank Station.

The new Bloomberg Place development will be nine floors above ground, and will provide 110,000sq.m of office space across two buildings, which will be connected by a covered retail arcade at ground level.

The design and build contract will include two 5.5m tunnels between the station box and the Waterloo and City line platforms.

The Bank-Monument complex is served by five Underground lines, Waterloo & City, Northern, Central, District and Circle, as well as the Docklands Light Railway.

This work will continue to improve performance and deliver reliable Tube services for Londoners - with faster and more frequent journeys, fewer delays and, ultimately, 30 per cent more service across the network.

The Bloomberg Place site is steeped in history. Museum of London archaeologists uncovered many Roman artefacts during the ground works of the current development, many of these will be exhibited in the completed building.